HOME ABOUT ME SIGN UP LEGAL STUFF SHOP MARKET YOUR PRODUCT(S)
Faithful, Loyal Friends: Why Golden Retrievers Should Be Your Family Dogs
How to Easily Take Proper Care of Your Dog

Worried About Your Dog? Here Are 6 Signs You Should Take Them To The Vet 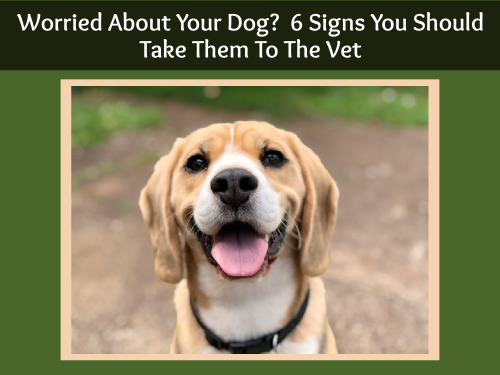 Dogs are one of the most wonderful gifts humans have; we don’t deserve them. The constant love, the endless forgiveness, the playfulness, the cuddles—dogs truly are man’s best friend. Given how closely we bond with them, it’s easy to understand why dog owners might worry over their dog’s health or wellbeing. Sometimes a dog owner can’t tell whether an anomaly in their dog’s behavior or physical wellness is a serious concern or no big deal. While no single article could cover everything about dog health and wellness, the following aims to make a dent in the topic by exploring several signs that you need to take your dog to the vet.

Just like people, dogs are varied. Depending on your dog, vomit might be a common occurrence or a rarity. Some dogs will eat the same type of grass on a regular basis despite all our best efforts at coaxing them away from it, and so retching happens. Other dogs learn quickly and keep themselves away from anything that upsets their stomach. Wherever your furry friend lies on this spectrum, you want to be wary of any vomit that is unusual. This could include instances where your dog is throwing up clear liquid or anything that is an unusual color, consistency, or texture. There are a number of reasons your dog might be getting sick, several of which are serious concerns.

Blood In Stool, Vomit, Or Urine

You probably have been told that if you find blood in your own stool, urine, vomit, or mucus, you need to go to a hospital. The same applies to pets. If any blood is found in the vomit, this is also a strong indication that a vet visit is critical. There are a number of serious conditions that could result in these symptoms, and there is an extreme time crunch as you cannot be sure that the source of the blood has clotted until the next bowel movement. It’s not worth waiting and realizing your dog has been bleeding internally for several hours. Go to the vet immediately.

If your dog seems to be itching more than usual, or she’s sneezing or has excessive flaking or shedding, this is an indication that she might be suffering an allergic reaction. That’s right; just like humans, dogs can have allergies. And just like people, more dogs have allergies than people are aware of. Sometimes a dog owner will assume that a certain degree of itching is normal or that flaking skin is just something their dog deals with. A veterinarian can help you identify any allergies your pet may have, and this can drastically improve your dog’s life. Allergies are uncomfortable and tend to cause inflammation within the body. Inflammation is linked to a ton of chronic illnesses and shortened life expectancies. Pay attention to symptoms of allergies and what foods or environmental factors were present at the time the symptoms arose.

White gums are critically important to look out for, particularly if your dog has just been in an accident or incident. Gums should be pink, and when they’re not, this indicates internal bleeding. Just like people, dogs can be injured on the inside with nearly no external symptoms. If you see white gums, it’s time to rush your dog to the vet because there’s a strong chance he or she is losing blood.

If your dog is having trouble maintaining the balance they usually do, there’s a chance something serious has happened to them. Dizziness can indicate several illnesses or problems and should never be ignored (this applies to people too—dizziness is a serious symptom). You also want to keep an eye out for lethargy that can’t be explained. 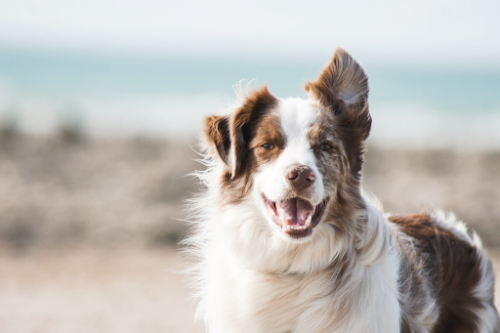 Yes, if it’s a particularly hot day and your dog has just spent the afternoon running around with your neighbor's pet, it might make sense that they’re exhausted and keeping movements to a minimum. If there’s no reason that you can think of for the lethargy, or it is drawn out over a longer period of time than seems appropriate, a vet visit might be in order. There are countless causes for lethargy that include everything from depression to cancer.

The above list is by no means exhaustive. No one knows your pet better than you do, which means if there’s something that seems wrong that’s not on this list, pay attention to it. If your gut is telling you that there’s a problem, there probably is; dogs are incredibly communicative with their eyes and gestures, and gut instincts should not be ignored. If you’re worried, call your vet. They’ll tell you whether or not you should bring your furry friend in.