HOME ABOUT ME SIGN UP LEGAL STUFF SHOP MARKET YOUR PRODUCT(S)
Most Trainable Dog Breeds in The World
Aquatic Life: How To Set Up A Fun Freshwater Tank

Thinking Of Adopting A Pet Snake? Here Are A Few Things To Know 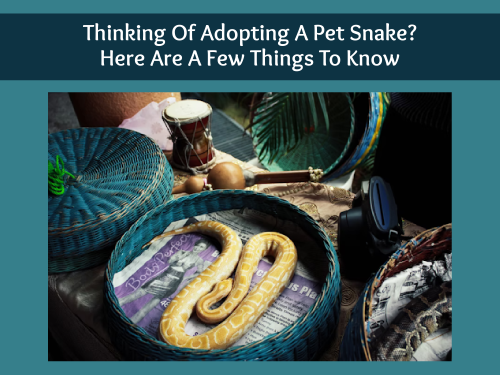 Despite the fact that many people find snakes terrifying, they may now be found in many households. Some people enjoy them as pets because of their distinctiveness, while others just enjoy snakes. If you wish to keep a snake at home, here are some things to think about.

You Need a Place for It

If you're thinking about getting a reptile, you'll need a terrarium to keep it in. A terrarium is a container that is used to keep small plants or animals in a controlled environment. It's like having a small piece of an exotic landscape in your home, where you can look out the window and see something in its native environment.

Choose the terrarium before purchasing the reptile. But keep in mind that various reptiles require different environments, so make sure the terrarium can handle the reptile you want. Some snakes can grow to be quite huge, and others want to have a lot of room to move around in, as well as varied spots for sunning, hiding, cooling down, and even swimming. So choose a terrarium based on how big your pet will grow, not how big it is today.

Something that You Probably Didn’t Know

The term "cold-blooded" is often used to describe reptiles, however, their blood isn't cold. The right term is ectothermic, which indicates their body temperature is regulated by external sources and is variable. Reptiles, unlike mammals and birds, are unable to regulate their internal body temperature and must rely on external sources of heat, such as the sun, to keep warm. Reptiles, unlike mammals, lay eggs, as you may recall from elementary school. While around 70% of snakes lay eggs, the remaining 30% do not. Snakes have live births because their eggs would not survive outside in very cold temperatures.

Snakes can see while sleeping since the snake's brain considers what they observe to be meaningless. The snake would wake up if there was a loud noise and anything scary that it could see. We can wake up even if our ears are not 'tuned in' to hear if a loud noise sounds while we are sleeping. The snake brain has figured out a method to sleep while still being stimulated visually. Thus if you have ever asked yourself questions, like do snakes sleep with their eyes open? then the answer is “yes”, but people rarely see snakes sleeping because they do it somewhere where they can be at peace. They don't have any eyelids at all! They are unable to blink as a result and must sleep with their eyes wide open. To protect their eyes, they have a thin membrane attached to each one. The membrane is known as the 'brille,' which means glasses in German.

What Do They Eat

Snakes begin the process of shedding their old skin by rubbing against a hard surface such as a rock, tree, or other objects. Some snakes can shed their skin when submerged in water. When a snake sheds its skin, it is left behind, and people occasionally come upon the skin. The skin exhibits signs of a snake that is or was close, but they also reveal a lot of detail, such as the scales and the location of the snake's eyes. Because of banding patterns and other visible markings, you can occasionally tell the snake's species from its skin. 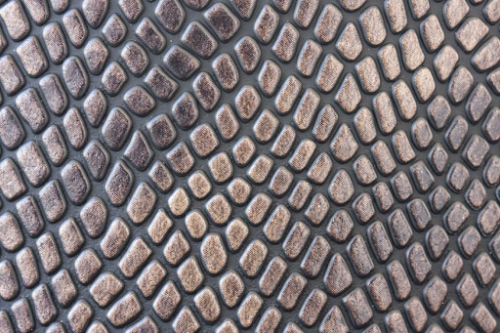 Snakes are marvelous creatures to behold, they pose many attributes which are very odd and interesting. There are many varieties that you could choose from, and each of them has its special characteristics.