HOME ABOUT ME SIGN UP LEGAL STUFF SHOP MARKET YOUR PRODUCT(S)
Puppyhood Diet May Impact a Dog's Allergies Later in Life
Thinking Of Adopting A Pet Snake? Here Are A Few Things To Know

Most Trainable Dog Breeds in The World 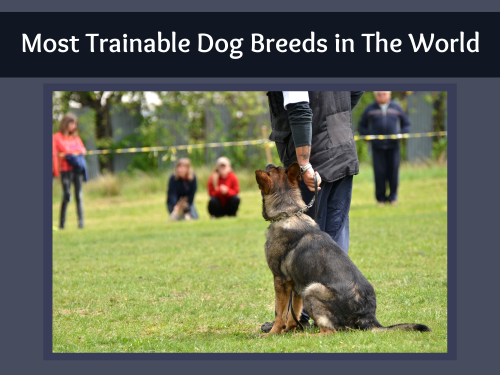 Do you love dogs? But can't decide on the type of dog to get as a pet for your family? Well, this blog post will help you with that. We have compiled a list of the most trainable dog breeds in the world. Whether you're looking for a small lap-sized pup or one that loves to swim and play fetch, we've got it all right here!

Trainability is crucial when choosing a breed because these dogs are going to be your companion for years to come. Who wants an untrainable pooch who doesn't listen or obey commands? This can cause unnecessary frustration, for both you and your dog. So, without further ado, let's dive into our list of the 6 most trainable dog breeds in the world.

Goldendoodles are a favorite for many dog owners around the world, and this is probably due to the fact that they look almost like teddy bears, not to mention their amazing personalities. The Goldendoodle is a crossbreed between the Golden Retriever and a Poodle, and they can vary in size depending on the size of the parent Poodle, which can be seen at ABCs Puppy Zs, a premier Goldendoodle breeder.

One of the biggest benefits of choosing a Goldendoodle to join your family is that they are highly trainable and learn new commands and behaviors fairly quickly. They are prone to suffering from separation anxiety, so crate training might be a good idea.

Another great dog breed that was developed in 1890 by Karl Friedrich Louis Dobermann from which it gets its name, is the Dobermann. Dobermanns were developed to be guard dogs, and are very good at their job. Due to the reason for which they were bred, they are eager to please their owners, and like most working dogs, they are highly trainable because of it.

In addition to being highly trainable, they are also very intelligent, obedient, alert, confident, loyal, and fearless. If you’re worried about the Dobermann being aggressive, you don’t have to worry, especially if they were socialized from a young age, and were raised in a family with other dogs. 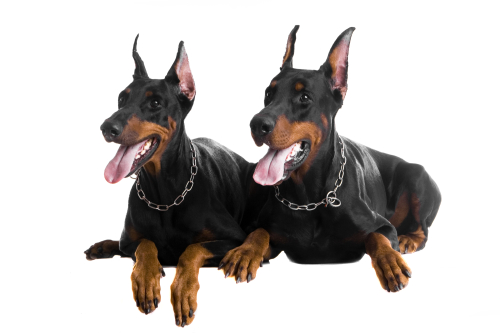 For those who love small dogs, the Pembroke Welsh Corgi might be for you. Corgis were bred to herd horses, sheep, and cattle, and paired with the eagerness to learn and intelligence, and the result is a highly trainable dog breed that is also very adorable.

Corgis originated from Pembrokeshire, Wales, and are described to be outgoing, protective, playful, bold, and friendly. They make for perfect family dogs that will get along with everyone and can be house trained within two weeks to a month.

The next dog on the list is perhaps one of the most highly trainable dogs in the world, and as a result, is used in law enforcement, and was once used as a guide dog. German Shepherds originated in Germany as working dogs to be herding dogs.

Among being one of, if not the most highly trainable dogs, they are confident, loyal, obedient, intelligent, watchful, courageous, and sometimes a bit stubborn. Because of their intelligence and desire to please, as well as have a purpose, puppies can be trained to understand basic commands, as well as be house trained within 2-3 months. 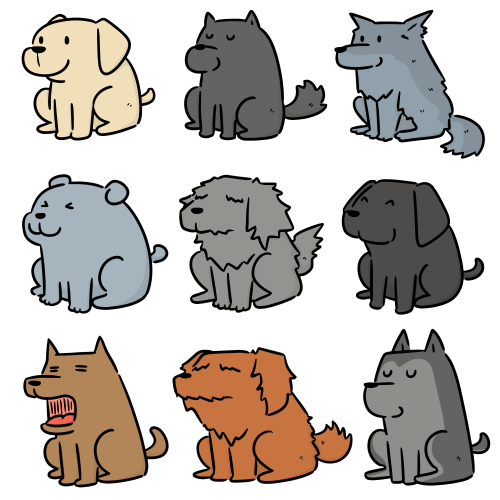 Another very high trainable dog that was also bred for herding is the Border Collie, which can be considered a more energetic and softer in nature German Shepherd if you were to compare. Border Collies originated in the Anglo-Scottish border region and are highly driven working dogs.

Because Border Collies are so trainable, they are still used as herding dogs, and often used as guide dogs, as well as for search and rescue missions, narcotics, and bomb detection by law enforcement.

Perhaps one of the most misunderstood dog breeds in the world is Rottweilers. This dog breed originated in Germany, and their ancestors descended from mastiffs of the legions of Rome and were used to pull carts to the market, as well as to herd livestock.

Rottweilers have very strong guarding instincts, and naturally due to their purpose of breeding initially respond with aggression. This doesn’t mean that they are difficult to train, however, since they are highly intelligent and love to learn, but they do have willful and independent personalities, so consistent training and early socialization is essential. 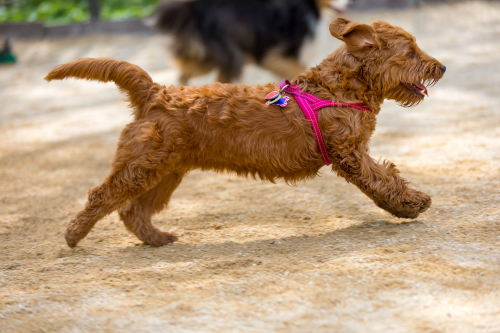