5 Things to Know if You Plan on Getting a Cat 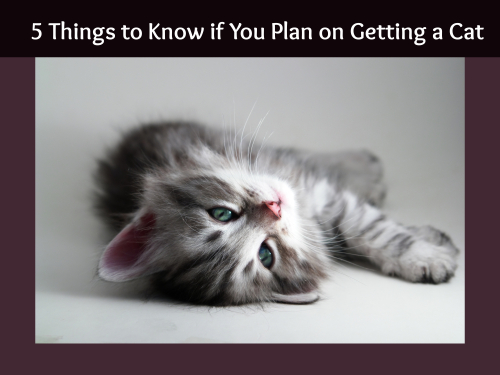 Most individuals say that there are “cat people” and “dog people.” There are certainly many families that opt for one or the other, but there are plenty of individuals who like both. However, owning a dog is very different from owning a cat.

Let’s say that you’re considering getting a cat sometime soon. There are a few things about cat ownership that you should know, and we’ll cover those right now.

You Can Often Avoid Parasites if You Keep Your Cat Indoors

There are indoor and outdoor cats. You may have one that you allow to go outside sometimes, or you might decide that you’re better off keeping your feline friend exclusively in your house or apartment.

Indoor cats usually live longer. If you keep a cat from going outside, you can keep ticks from latching onto them, and you can keep them from getting fleas. Fleas can be a nightmare to get rid of, so that might be ample cause for you to decide your new pet should be an indoor cat.

You can train some cats to go out on a leash with you so you can keep an eye on them. Some of them take to it okay, while others don’t like it. If you start them on a leash when they’re very young, that’s easier than attempting to get them used to the idea when they’re older.

You might wonder how much sun a pet can tolerate. Like dogs, if you’re going to take your cat outside when it’s hot, it’s best to bring a collapsible water dish with you or some other way to make sure they stay hydrated. 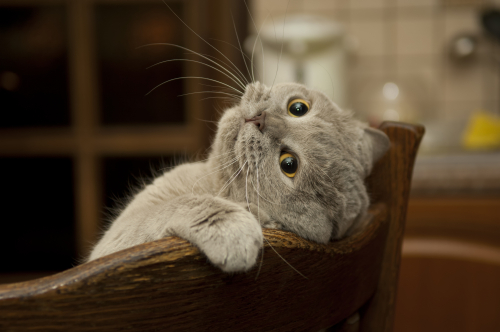 Cats Are More Independent than Dogs

It’s usually true that cats are more independent than dogs because they are not traditionally pack animals. Because of this, cats sometimes have a more standoffish personality than your average canine companion.

You probably won’t get the same single-minded devotion from a cat that a dog would give you. They might not necessarily be there to shower you with affection when you get home from work like a dog would. Still, most cats are affectionate enough in their way, though they express their feelings differently.

You Can Go on Vacation Easier if You Have a Cat

If you go on vacation sometimes or leave your house or apartment for a few days for work or to visit family members in another state, it’s much easier if you have a cat than a dog. If you have a dog, you have to leave it with a friend, neighbor, or family member, or else you can board it. Boarding a dog can get expensive, even for just a few days.

Most of the reason for this is that dogs need to go outside to relieve themselves, while with cats, all you need is to set up a litter box for them, along with their food and water. A cat can be fine by themselves while you leave town for as long as a week, as long as you tell someone to stop by every couple of days to check in and see how they’re doing. 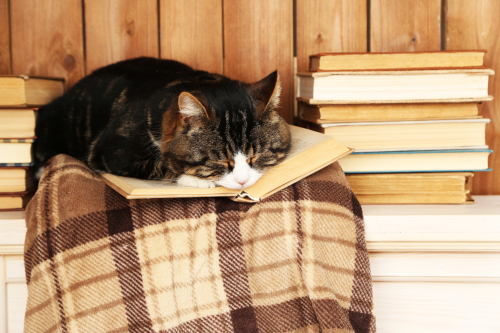 Some Cats Can Live Well into Their Teens or Longer

If you decide to get a cat, you should also know that some can live for an extremely long time. The domestic shorthair breed, the most common variety of cats you find in the United States, can live into their late teens or even into their twenties. It’s not unheard of to find one that hits thirty years old every once in a while.

That means getting a cat will be a serious, long-term commitment. If you don’t think that you can be there to take care of the animal for their entire life, it’s probably best that you don’t get one. It’s always traumatic for the animal if you have to give it away later in life after you have had it for many years and it likes being around you.

One more thing about cats that’s worth knowing is that they tend to regurgitate fairly often. All of them do it from time to time, and that doesn’t necessarily mean that there’s anything wrong with them.

If you hear one coughing up a lung in the middle of the night, that could just mean they’re trying to dislodge a hairball. When that happens, you’ll have to clean it up, as the animal’s owner. 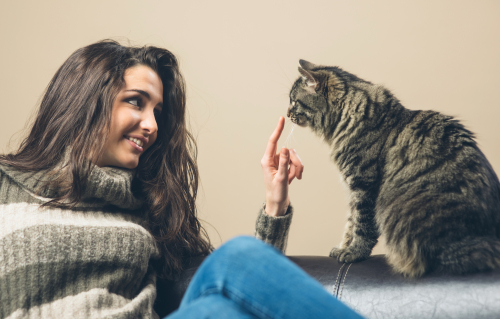