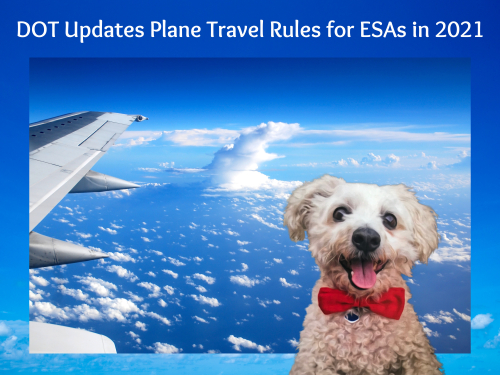 Since 2018, the US Department of Transportation has been taking a hard look at their stance on ESAs and plane travel. Emotional support animals had been considered “service animals” by the DOT for years, but that’s recently changed.

In January of 2021, the new rules were made official – instead of being categorized as service animals, ESAs will now have to follow the same rules as ordinary pets if they’re traveling by plane. Airlines will be able to require ESAs to travel in crates or with a harness, and the animals’ owners will have to pay the fees associated with transporting an animal by air.

According to the National Service Animal Registry, anyone who’s bought a ticket for air travel during the next couple of months may be able to take their ESA onto the plane without extra restrictions, but that’s only if the actual purchase was made before January 11, when the new regulations took effect. However, that all depends on the airline. A few of them will make some kind of exception, but how far into the future that exception goes will vary.

Why did the rules have to change to begin with? There were several different reasons for the update, but that doesn’t make it any easier to swallow for ESA owners.

Looking at the bird’s-eye view, the main reason for the update was the increase in animal-related incidents onboard planes. Unlike service animals, which are generally very well-trained, emotional support animals don’t necessarily have much training – or any at all. Normally that wouldn’t be too much of an issue, but when an untrained animal has to mix with dozens or hundreds of strangers in a small space, it isn’t likely to behave itself the whole time. Incidents of biting, barking, defecating or causing allergic reactions became more frequent, and airlines began pressuring the DOT to do something about the growing problem.

If you look at things a little more closely, though, there’s more than one issue at play. The common factor between these animal incidents wasn’t that they were emotional support animals – it was just that they weren’t sufficiently trained to behave themselves in public. They all boarded as ESAs, but some of them were actually identified as such with fraudulent documents. This only exacerbated the problem of undisciplined animals on planes; airlines started noticing a sharp increase in the number of incidents during flights. Even if this wasn’t all due to actual ESAs, it was due to the lack of definition for the term that made it easy to fake.

As public awareness of badly behaved ESAs grew, stories multiplied about the strange and exotic species that people would try to bring onto planes. Technically, the list of animals that the DOT didn’t require airlines to accept were rodents, snakes, ferrets, spiders, and reptiles. As it turns out, this list leaves out a lot of odd animals that people have tried to bring as ESAs that just didn’t sit right with passengers or airlines. There have been pigs, turkeys, a peacock, parrots, miniature horses – the list goes on. Some of these animals made it onto the plane, and others were turned away. The point is, whether real or fake, ESAs can really put some passenger’s patience to the test.

For plenty of people, it was only natural that ESAs and service animals enjoyed the same exceptions for air travel. After all, they were animals that performed essential functions for their owners. In the case of ESAs, they could be needed to interrupt a PTSD episode, or to help stave off crippling anxiety. Then there were service animals, that could provide guidance for people who are visually impaired, or alert their owner to an oncoming seizure. Whatever function the animal happened to perform for their owner, it was necessary for them in order to live as normally as possible; that’s the general argument that made the DOT add ESAs to the way they define “service animals” in the first place.

It’s not a contest between which type of animal is more necessary; it’s about the level of training and certification that they have. Service animals can train for years before they’re ready for the real world. Emotional support animals, on the other hand, don’t need any training at all before they can do whatever it is their owners need. For them, it’s more about temperament and compatibility with their owner.

As it happens, the temperament and compatibility of ESAs may be perfect for normal life, but not at all for air travel. Since the surest identification for an ESA is a letter from the owner’s mental healthcare provider, there’s no way to confirm if the animal is trained to stay calm in public spaces. It seems that for the DOT, the best solution was for airlines to treat ESAs as if they were pets. Since this process takes into account the fact that the animal may already be unruly, it’s designed to mitigate the risk of in-air incidents related to uncrated animals. 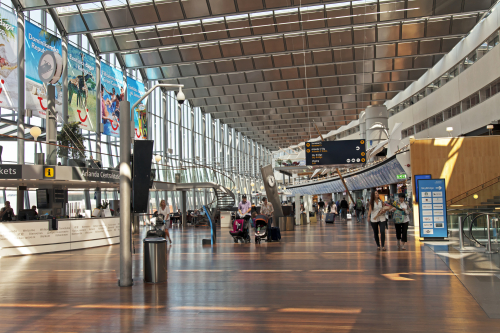 There aren’t just changes for ESAs; the DOT has announced new rules for service animals too. Miniature horses used to count as service animals, but now it only includes dogs. A passenger can bring two service animals or less, and the animals will have to use a harness while they’re at the airport or on the plane. At least there’s one positive change – psychiatric service dogs won’t need extra documentation. Every service dog will use the same forms from the DOT.

This is a pretty drastic step, but at least the Department of Transportation didn’t make it hastily. It’s been two years since they announced that the air travel rules for ESAs might be changed. Since then, they’ve listened to airlines and animal owners alike and even considered the 15,000 online comments made on their notice of proposed rulemaking in February 2020. Arguments were made from both sides of the issue, but apparently, the problem had grown big enough to merit a rather heavy-handed response. ESA owners have seen better times for air travel, that’s for sure; hopefully, they’ll see better times again. 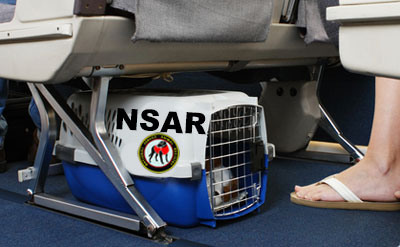