HOME ABOUT ME SIGN UP LEGAL STUFF GIVEAWAYS MARKET YOUR PRODUCT(S)
Can Goldfish Live In a Bowl Without a Filter?
Top 5 Natural Treatments for Dogs with Cushing’s

5 Compelling Reasons You Should Get a Dog Today 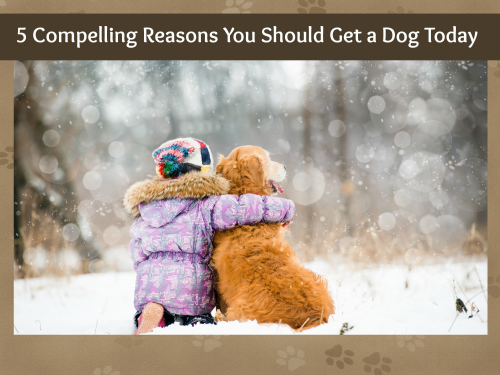 It’s a challenging year for a lot of people. Covid-19 continues to ravage the United States and many other countries as well. It’s not clear when we’ll have a vaccine, but it might not be till late in 2021.

Some individuals grapple with depression, according to many polls. It’s not surprising when you think about the many deaths and how many individuals and families feel isolated. They might not be able to see some of their relatives, and that’s particularly hard with the end-of-the-year holidays coming up.

This is the year you might want to consider getting yourself a dog. Here are some of the main reasons why you won’t regret doing so. They’re Always Thrilled to See You

Having pets is not always the easiest prospect. For instance, you have to pay for their food, medical treatments, and supplies. You must plan for your pets if you go out of town, which means boarding your dog or getting a neighbor or relative to watch them.

However, despite all that, the good when you get a dog far outweighs the bad. For instance:

It’s hard to remain in a depressed mind-state if you come home from work and a dog is waiting for you. If you own a dog, and you spend a lot of time with them, they come to love you very quickly.

It’s not just that you give them food, water, and attention. It’s that when they smell you, they feel content. As long as you treat them well, they know that you’ll keep them safe, and that’s a great feeling to have for both human and canine.

They Can Guard the House

Dogs also can guard your house and possessions when you’re not around. If someone approaches the house who they don’t know:

It’s true that some animals make better watchdogs than others. However, most dogs have an inherent property-protecting desire. They know that it’s their job to hold down the fort while you’re not around, which means vocalizing if someone new approaches.

They can scare away a potential burglar. A combination of a dog and an outdoor camera can protect your house, even if you live in a bad neighborhood. 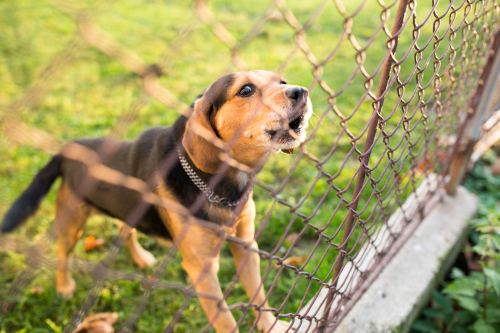 If You Have a Dog, You’ll Live Longer

Studies also show that if you have pets, but dogs, in particular, you’ll live longer. If you live alone or you don’t have many friends, you have a shorter lifespan. Part of the reason for this is that humans should socialize with other living beings.

Maybe you don’t like people so much. There’s nothing to say you have to. If you have a dog, though, you have an animal who loves you and needs you to take care of them.

That can give your life purpose. You can get up each morning knowing that your dog wants you to feed them, take them for a walk, and play catch with them. It’s a nice feeling to know that a living creature cares about you so transparently. It’s also true that if you get a dog and care for it, you’re potentially saving the animal from a bad end. There are plenty of dogs who don’t have anyone to care for them.

It’s sad what happens to those animals. Shelters destroy some of them, like the runaways that no one claims.

You can’t save all of them, but you can save at least one, or more than one if you have the space for multiple dogs and the money to take care of them. You’re giving an animal a good life, and that’s a charitable thing to do.

The animal might not know what its fate would have been, but you do, and you can protect them from that. There are few more noble things that you can do with yourself.

They Don’t Conceal Their Emotions

Another thing about dogs you’ll learn to love is that they never hide what they’re feeling. With humans, that’s not always true.

Human relationships might have given you some hard luck. With your dog, that’s never going to happen.

A dog will never cheat on you or let you down. They’re always there, and that loyalty is one of the most wonderful animal traits you can ever expect.