What If Your Dog Is Aggressive? 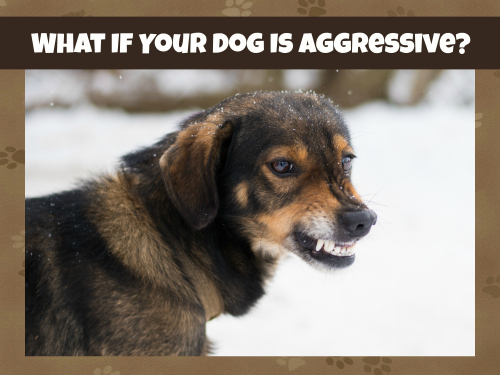 When you have a dog, the last thing you want to consider is the potential they’re aggressive, but unfortunately, that can sometimes be the case.

Whether you adopted your dog or you got your dog as a puppy, unharnessed aggression can be dangerous to you, your family, other people, and also other animals. Dog jaws are extremely dangerous and the Centers for Disease Control and Prevention reports around 4.5 million Americans sustain injuries from dog bites every year.

Is There a Link Between Aggression and Breed?

First off, there are often misconceptions that float around as far as dog breeds and their tendency to be aggressive. Any dog breed can be aggressive—the issue that’s breed-specific, however, is size. For example, an aggressive Chihuahua isn’t going to be able to do the level of damage of an aggressive pit bull.

That’s why some breeds may get a bad reputation more than others.

Risk factors for ongoing aggression and aggression that could be difficult or maybe impossible to manage include: 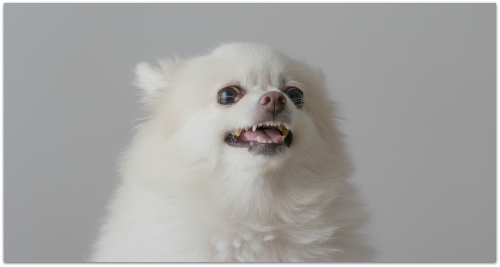 Aggressive behavior usually occurs after a dog has issued warnings. The earlier you can identify the warnings and then work on remedying the behaviors, the better off you’re going to be. Some of the signs of aggression that a dog may display as early warnings include:

There are many reasons a dog may show signs of aggression ranging from being protective to fearful. Dogs may be aggressive if they aren’t socialized, if they’re defensive or if they’re territorial as well.

If you adopted your dog, the aggression could stem from your dog, having once been in an abusive environment.

If a dog shows signs of aggression after being hurt, it could be due to pain. It’s really important before you start working on training that you have an understanding of why a dog is aggressive. Start looking for patterns. Is your dog only aggressive to other animals? What about strangers, or is there someone in your family your dog shows aggression toward?

Then, after you have some idea of the situations a dog is aggressive in and to whom, you should work with a professional trainer.

What dog owners have to understand is that aggression can be very complex, and there’s not going to be an overnight fix. It will require patience and taking time to work with your dog if aggression is an issue. 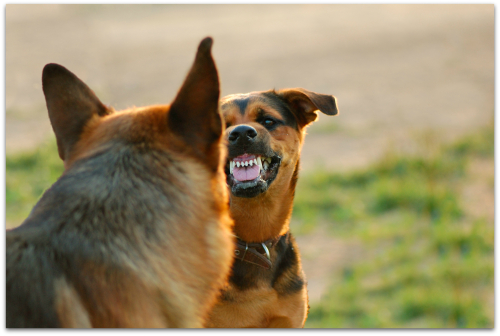 What About Dog-to-Dog Aggression?

You may not be as stressed out about dog-to-dog aggression because it might not be happening in your home, but it’s still an issue to be dealt with.

As with aggression in general, there are many reasons a dog might behave in an aggressive way toward other dogs.

For example, the dog may be afraid or stressed, or he might feel like he needs to dominate or protect his owners.

In some cases, dog-on-dog aggression can even be the result of something as simple as a dog feeling too excited or eager.

If your dog is aggressive toward other dogs, it may be something you can work on dealing with on your own, or you could hire a trainer. You want to ensure that you remember your own emotions are going to be reflected in your dog’s behavior.

If you encounter other dogs and your dog senses you tensing up or becoming anxious, it can lead to an aggressive reaction.

You might also work on teaching your dog to avoid other dogs, rather than confronting them. If you see another dog, keep your eyes forward and keep walking at a natural pace to encourage your dog to do the same.

Finally, never ignore aggression in any situation. Ignoring your dog’s aggression could lead to a person or another animal getting hurt. You need to take steps to reduce aggression as soon as you notice it. 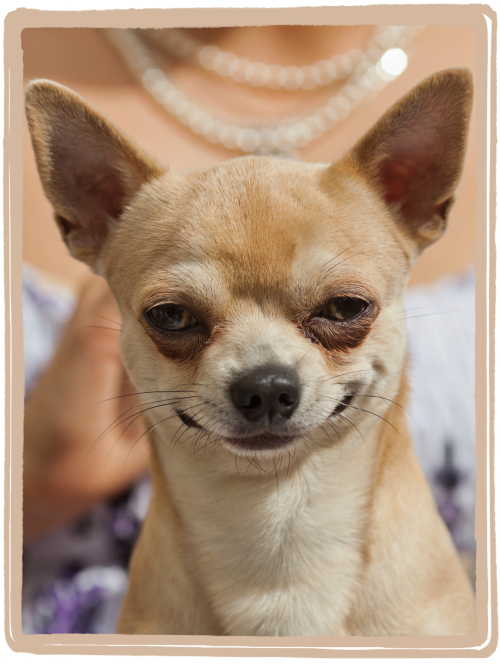 That's an interesting situation. Do you have a trusted local dog training center? Many centers now are specializing in aggression and separation anxiety behaviors.

My 8 year old rescue came to us as a 1-year old. Fine with us but aggressive with strangers. We determined it was fear-based and it gradually lessened over time and with exposure to family and friends.

To this day, he is AWFUL with our cleaning woman!! But once I leave the house, she reports that he ignores her completely.

So sounds like a protective type behavior, but I'm clueless how to handle it. Oh, he'll also gently take treats from her hand, but will then sneak up behind her and go for her ankles (she's a SAINT, she really is!)