I feel like cat lovers and cats in general haven't been getting enough attention these days on the blog.  So it's time for just that...some cat lovin'.  And what says more than cat love than Catnip.  The drug of choice for felines all over the world.

Speaking of Catnip....The kind peeps behind the huge success of Kitty Kick Stix have offered two of their Original 15" Kitty Kick Stix Sets for a giveaway to two lucky Pet Blog Lady readers.  They have some cool facts about Catnip on their site and no wonder cats go for this green magical nature-derived stuff.

"Catnip Leaf is in fact not a medicinal herb but a narcotic. Felines have a sense of smell that is far more developed that that of humans – by a magnitude of several million. In fact, it has been suggested that felines perceive scent in the same way that humans perceive color. Just as certain wildcrafted herbs can cause humans to have visual hallucinations, so too does catnip leaf cause your tabby to experience olfactory hallucinations – which, if the typical cat response is any indication, are highly pleasurable, but ultimately harmless."

Kitty Kick Stix are MADE IN THE U.S.A. and they only use top-notch organic Catnip.  You don't have to worry about your beloved felines with this very popular cat toy.  Each one is hand-made to order.  Seriously.  That means they cut, stuff, and sew each toy by hand. It even comes with a 72-hour guarantee.  If they do not ship it within 72 hours from the time you order, they will include a FREE 6″ mini-stix.  (Of course that doesn't apply to holidays, as they need to rest their busy human paws too!) 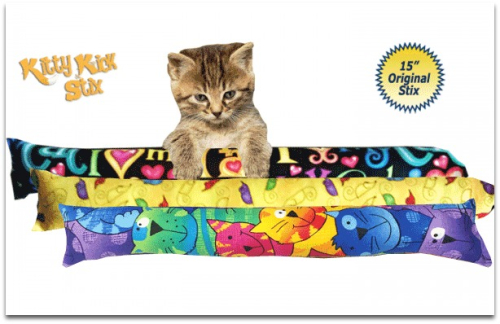 What I also love about this is that you can choose the fabric when placing your order! 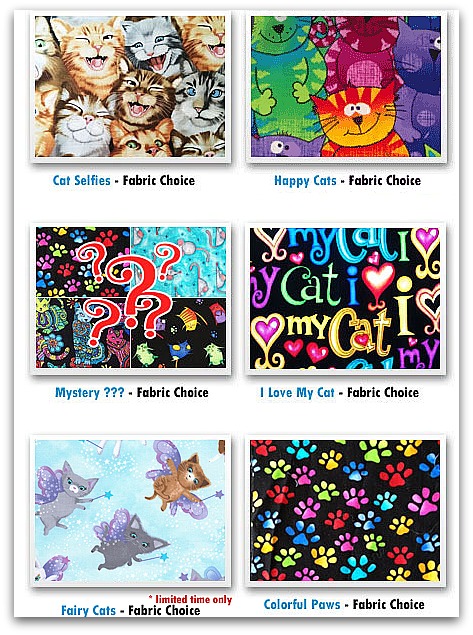 So if you want treat your cat to hours of entertainment, calmly knowing they won't get busted for possession of a narcotic, you'll want to check out their website.  www.KittyKickStix.com

Be sure to enter the draw and good luck! We are giving away 2 Original 15" Kick Stix Sets to two lucky winners! Who knows what your cats will get up to!

My cat Peanut Butter would freak with delight over these!

not entering because we just are ending a give-away for these, Cody LOVES THEM!!

Our kitty friend would love these
Snorts,
Lily & Edward