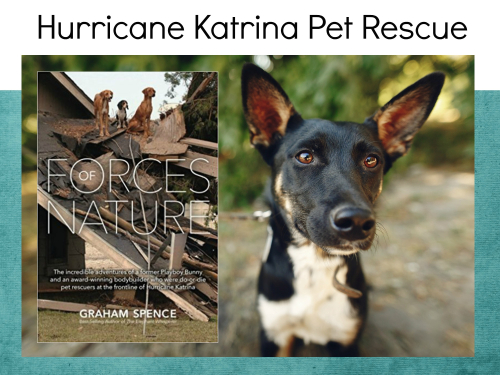 Forces of Nature is the remarkable story of the courage and commitment of two ordinary women who put their lives, jobs and families on hold to rescue thousands of pets fighting for their lives when Hurricane Katrina destroyed New Orleans. 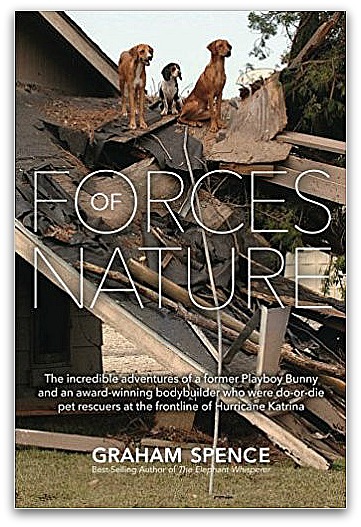 Joanne Greene, a former Playboy Bunny, and Penny Koncz, an award winning body builder, watched with horror as almost the entire pet population of one of American’s most iconic cities was abandoned and some even shot in the aftermath of this historic storm. 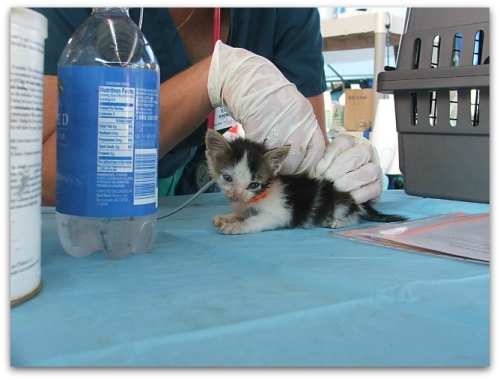 While humans were ordered to evacuate New Orleans in 2005, no provision was made for the estimated 300,000 pets. Many were left in homes with a bowl of food and water, as their owners expected to return soon. No one was prepared for the apocalypse looming on the horizon.

As levees broke, thousands of animals had no choice but to sink or swim. Even more, locked in homes, drowned as the raging waters burst through buildings, flooding rooms to the ceiling. Tragically, even more who survived marathon swims to dry land, or who could flee to roofs and attics, later perished drinking toxic water from ruptured sewers and petrochemical industries. 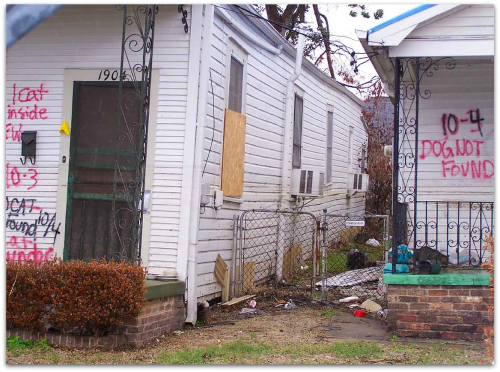 Unable to stomach what was happening, Joanne and Penny dropped everything and reported to the Lamar Dixon Animal Rescue Center at Gonzales, Louisiana. They traveled daily into the wreckage of New Orleans to rescue terrified animals, many now semi-feral after the horrors they had experienced.

They waded through polluted waters, crawled under homes where venomous snakes slithered, stepped on bodies and bones, gagged on the stench of corpses rotting in sub-tropical heat, saw horror and honor in equal measures … witnessing firsthand an unconquerable will to survive by even the humblest of creatures. 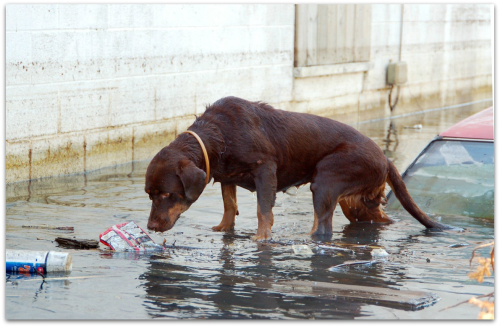 It wasn’t just the field rescues they were involved in. After bringing animals to safety, they worked tirelessly to reunite them with their owners.

What these gallant people did is now a blueprint for domestic animal rescue in disaster zones. Hurricanes will come and go, but it is unlikely that defenseless creatures will ever again be so callously abandoned by bureaucratic collapse as they were during Katrina.

This book is a tribute to all animal rescuers. The story of the unsung heroes of America’s most famous natural disaster is only now being fully told. 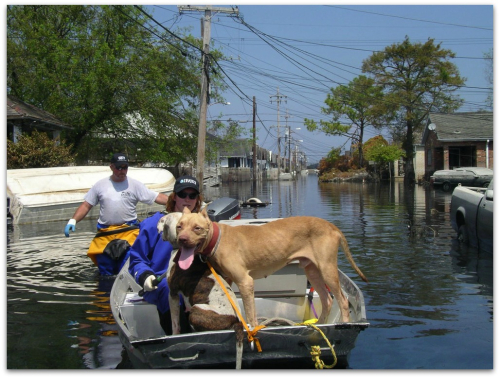 I strongly recommend this book to everyone that has a caring soul and a love for animals. You can order the paperback or for your e-reader through AMAZON.