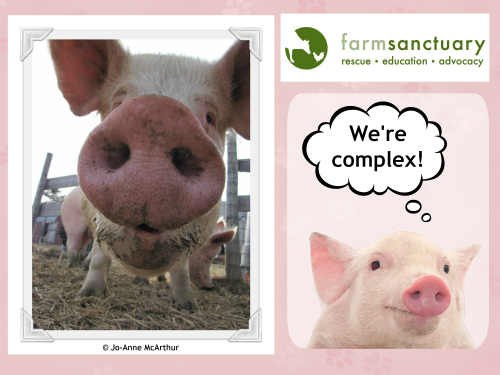 Get ready to look at pigs in a whole new way. According to a new white paper released this past week (July 13, 2016) by Farm Sanctuary’s The Someone Project, pigs prepare for the future, perform as well or better than dogs on some tests of behavioral and cognitive sophistication, and compare favorably to dogs and chimpanzees, a beloved companion animal species and humans' closest genetic relatives, on many other tasks. 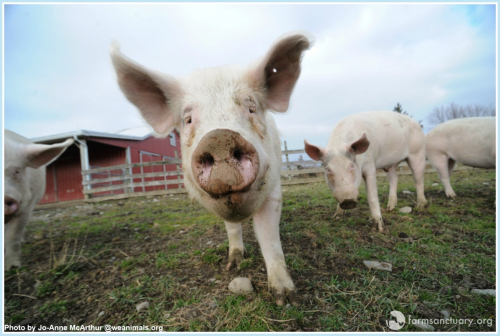 The paper, Thinking Pigs: Cognition, Emotion, and Personality - An Exploration of the Cognitive Complexity of Sus Domesticus, The Domestic Pig, written by neuroscientist Dr. Lori Marino and Emory University Prof. Christina M. Colvin, reviews pigs’ full range of abilities by detailing dozens of studies and extrapolating from those results to determine what we do and do not know about pigs. The areas examined by the article include cognition, emotion, self-awareness, personality and social complexity. 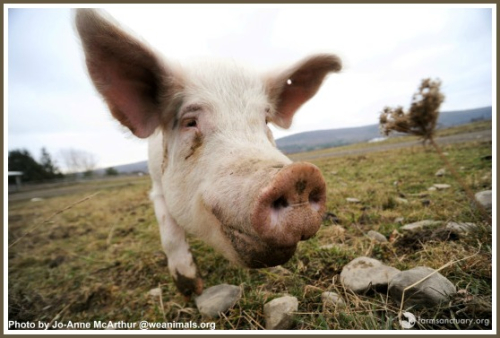 Dr. Marino explains that “We have shown that pigs share a number of cognitive capacities with other highly intelligent species such as dogs, chimpanzees, elephants, dolphins, and even humans. There is good scientific evidence to suggest we need to rethink our overall relationship to them.”

Dr. Marino is Executive Director of the Kimmela Center for Animal Advocacy and provided the scientific support for the lawsuits of the Nonhuman Rights Project, support central to its argument that chimpanzees be recognized as "legal persons." In the blockbuster documentary Blackfish, Dr. Marino explained the neural underpinnings of cetacean intelligence and why orcas and other cetaceans cannot thrive in captivity.

This is the first white paper produced with grant money from Farm Sanctuary’s The Someone Project, an endeavor aimed at raising the public’s understanding of farm animal cognition and behavior.

Be social!  Connect with Farm Sanctuary: 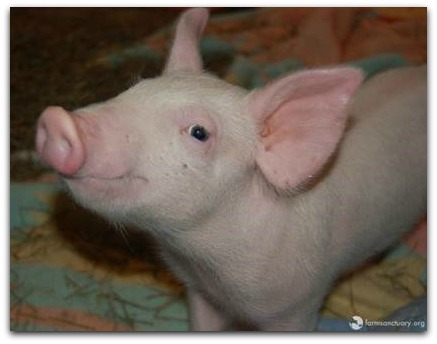 It really is incredible what they found in their research. The Someone Project overall is mind-awakening.

Thanks for putting this out there, Lisa. More people need to be educated on this. Sharing. :-)

I have a friend who keeps a pet pig and it is incredible how smart that pig is. Makes me want to give up bacon.