HOME ABOUT ME SIGN UP LEGAL STUFF SHOP MARKET YOUR PRODUCT(S)
Are Rats Really Better For Kids Than Hamsters?
How to Keep Canines Safe For 4th of July Fireworks

Aaron Maguire lived in Sioux Falls, South Dakota, with his family of seven. His wife, two children, and three dogs: Bosley, Baxter, and Blinker. In September 2012, Bailey, a ten-year-old Bichon Frise, joined the Maguire household. As time passed, Bailey began to blend in with the other members of the family and was enjoying his time at his new home.

(Aaron and his family)

Then around May 2013, Aaron started noticing that Bailey’s physical activity was diminishing. He just ceased to be the life of the house. Aaron attributed some of this to Bailey’s age, but quickly learned that Bailey had a weight problem. He weighed 22.5 pounds, which is staggering for a Bichon Frise. With a visit to the vet, Aaron was informed that Bailey was not just overweight; Bailey was also having kidney issues. With these conditions in mind, the vet suggested a strict portion control diet for Bailey. Aaron was sent home with some prescription food and some measuring cups. However, just giving a heaping measuring cup of food to Bailey wasn’t making any changes to his health. Aaron realized that he had to do something about Bailey’s diet. 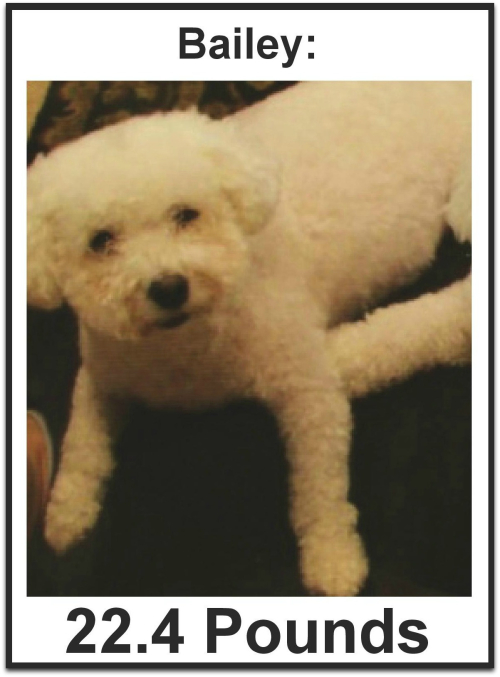 Further research showed Aaron that there are about 80 million dogs and 96 million cats in the United States. Of those pets, about 54% (43 million) of dogs and 58% (55 million) of cats are overweight or obese. Aaron looked for a solution to this obesity problem which would be universal, affordable, and accessible.

Being an inventor, Aaron designed and created the Portion Paw, a measuring cup for pets. The wonder of the Portion Paw is that with its three sizes, 1 cup, ½ cup and 1/3 cup, Portion Paw solved the problem of having different serving sized cups for different pets. In addition to different sizes, Aaron added a clip on its back, so as to clip the Portion Paw on the food bag, both to keep the food fresh and avoid misplacing the Portion Paw. Plus at an affordable price, the problems of universality, affordability, and accessibility were solved. 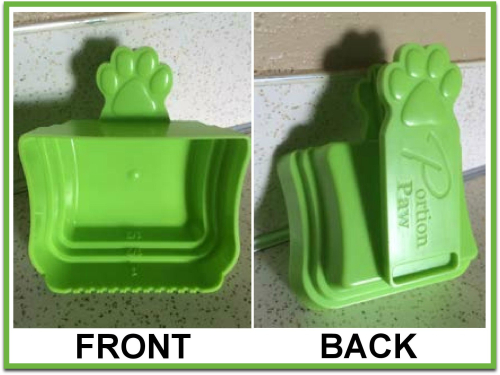 Before taking it any further, Aaron used the Portion Paw on his pets. Bailey, who was overweight, was served ½ cup of his prescribed food. Aaron decided to reduce Bailey’s food intake to 1/3 cup and then waited for the results. Month by month, Bailey began to lose weight. It took Bailey a little over a year to lose 9 pounds. This weight loss, brought her down from 22.5 pounds in May 2013 to 14 pounds in June 2014. 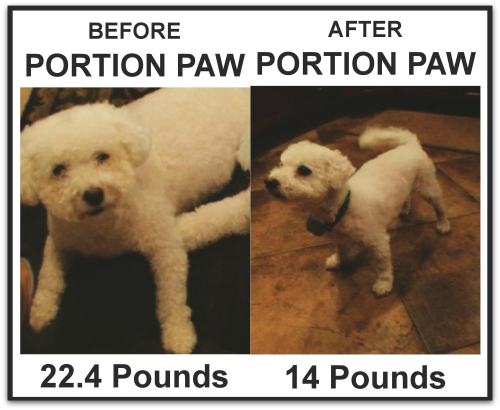 On seeing this change in Bailey, Aaron started selling the Portion Paw to the community, which quickly drew attention. The state wide news channel featured his products and he is slated to appear on QVC soon. This attention and some suggestion from friends even led him to designing the Portion Clip, a portion control product for humans.

The Portion Paw has come pretty far and is now even available for co-branding with companies. Any company can put their brand logo(s) on the Portion Paw and sell it, whether it be for profit or a fundraiser, or even just to hand out at trade shows.

Portion Paw helped Bailey lose weight and live the joyous life he was always meant to live. Bailey’s success story is an indicator of how dedication to our pets can impact positive change on them, so that they can live a life of happiness. Portion Paw can help you make a change in your pets’ life too, check it out today.

You can buy Portion Paw at www.PortionPaw.com

Disclosure: (As required by the FTC)  This is a sponsored post by Portion Paw

It is quite interesting to know that there are such programs. Lol in our countries, it is hard even for humans to lose weight