Homeless with a dog - "A Dog's Life" premiering at Hot Docs 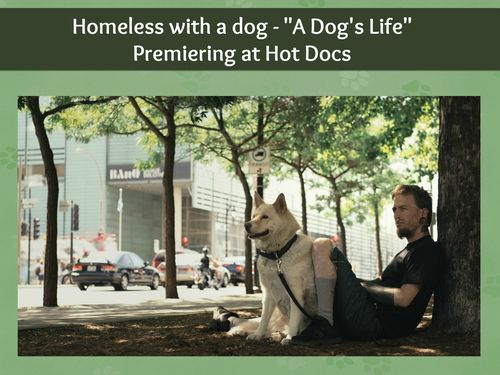 Quebec’s award-winning documentary filmmaker Hélène Choquette follows a different path with her latest film, A Dog’s Life – where she explores the bond between homeless people and their dogs.

EMAfilms presents this powerful, and touching film, which gets a Toronto premiere at Hot Docs, Wednesday May 4 at TIFF Bell Lightbox.

On the street, in a squat, or rooming house, the film shows how homeless people manage through their daily struggles with the help of their faithful companion. Without judgment the film explores the advantages and disadvantages of having a dog when you have no roof over your head.

Shot in Toronto and Montreal, the film portrays a universal reality the homeless face in many of the world’s major cities. “My goal is not to trivialize a subject that has been visited many times before,” says Choquette, “but simply to investigate this crisis from a fresh point of view. In my previous films I have explored homelessness in an indirect way. With A Dog's Life, I tackle the subject head-on.”

TRAILER for A DOG'S LIFE from AMG on Vimeo.

For those living in the Toronto area, here are the screening times and dates: 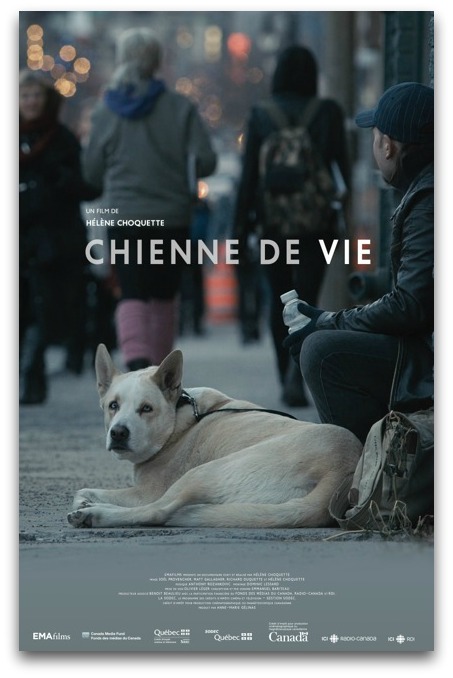 Documentary filmmaker Hélène Choquette has won multiple awards at home and internationally. Her films have focused on people and crucial issues ranging from foreign caregivers (“A Better Life” 2005), environmental refugees (“The Refugee’s of The Blue Planet”, 2006), Chernobyl disaster victims (“Children of Chernobyl”, 2006), human trafficking in Canada (“Avenue Zero”, 2009), to Burmese boys exploited in a Thai boxing camp (“Fists of Pride”, 2012). One of Hélène’s latest projects, “Unité 9 le Documentaire”, about the family struggles of female prisoners, won the 2015 Public Award Prize at the Web Program Festival in Paris.

Do you know when people outside of Toronto can watch this documentary? Thank you for sharing this.

Dogs are great. We have two dogs; a Maltese and miniature Poodle. They are wild and crazy, but these little fellows are always right by our side. If one of the kids are sick, they are there. If I'm having a bad day, they are right there.