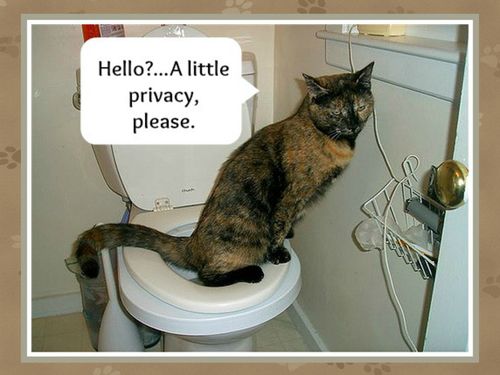 Being cat owners, our kitties are like children. We pamper them, let them jump on our beds when they feel like it, and some of us may try to humanize them even more by changing their natural habits.

One such example, which has been of interest to some cat owners, is the idea of getting your cat to use the toilet instead of the litter box. Imagine your cat sitting on the toilet and doing its business in the bowl instead of burying its number two in a litterbox.

Sounds awesome, right? No more scooping out kitty litter, no more spending any extra money. Just flush it down, and it’s like it never happened. What’s the harm in training your cat to use the toilet?

Well, you may want to think twice before buying your cat a toilet training kit. Here are some reasons as to why you should stick with the litter box.

I can see a few of your rolling your eyes. True, saying things aren’t good because they aren’t natural has turned into a silly buzzphrase. I mean, me typing this out isn’t natural, and using a toilet isn’t natural for humans, either.

The difference between humans and cats, however, is that cats are still highly influenced by their instincts.  A cat buries its feces to mark its territory and hide their waste from predators. Sure, modern house cats aren’t under any threat, but if their poop disappears, they could become stressed. Until cats evolve past their instincts, keep using the litterbox.

Your cat’s feces may contain a parasite known as Toxoplasma gondii, and its eggs could join your cat’s feces as it journeys down the toilet. Water treatment technology, while great, may not destroy the eggs, potentially getting it into the water supply.

What does this mean for humans? For adults, getting exposed to TG won’t hurt them. However, it could cause brain damage for babies who are still in their mother’s womb.   You may not be pregnant yourself, but don’t risk hurting others just for a little convenience.

It Could be Dangerous

The toilet lid can be a little slippery, especially for a cat who has to stand on it in order to do its business. There’s a chance your cat could slip and fall into the toilet. Besides the risk of injury, your cat may fall into a bowl of its own waste, and that’ll be traumatizing for both parties. With a litterbox, you have little to worry about in that department.

While your cat is in its prime, you don’t have to worry too much about injury. However, as your cat becomes older, it may be harder for it to jump on the toilet bowl and squat in a position that’s unnatural for it. And if your cat has been using a toilet all its life, you may have trouble switching to a litterbox.

A Cat’s Poop Can Give Indications of Disease

Perhaps the best way to see if your cat has a disease is by looking at its stool. If the cat’s stool is bloody, it could be a sign of something serious. It may be harder to look at your cat’s poop from within the toilet bowl, and most train their cat to flush after doing its business. For cats who are prone to disease, stick to the litterbox.

It’s Not Going to Eliminate Smell

Some train their cat to use the toilet (and flush afterwards) because the owner won’t have to smell anything. But this idea falls apart with a little common sense. This may be a bit TMI, but have you ever done your business, and even after flushing, the smell lingers for a while? The same principle will apply to your cat’s poop.

What Can I Do Instead?

Instead of toilet training your cat, you should strive for improving its litter box experience. Doing this can benefit both you and the cat. How can you do this? Here are a few options:

Invest in a Self-Cleaning Litterbox

If you hate scooping and dislike looking at a dirty litterbox, why not look into getting a self-cleaning litterbox? They’re a bit pricey, but a good investment if you want the best experience. But if you can’t afford a self-cleaning box, here are a few options to improve the experience. 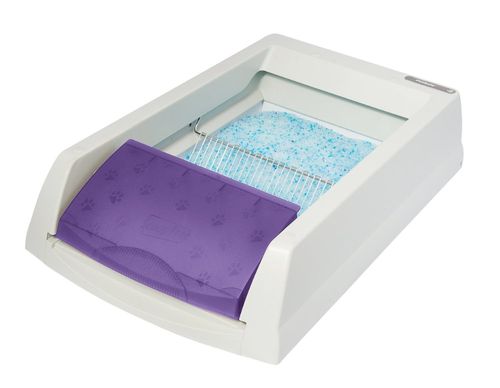 Mask the Odor with Ventilation

This should be common sense, but many cat owners tend to scoop less often than they should. A good rule if you want to keep your litterbox from stinking up the house is to scoop the box daily, replace the litter every few weeks, and buy a new litterbox every year. This will minimize the smell, and your cat will love having a fresh spot to do its business.

There are all sorts of different litters out there, and many claim to mask the smell of your cat’s business. But some work better than others, and your cat may not like the smell, thus causing it to avoid the litterbox. Experiment with litters and decide which is the best for both you and your cat.

Use a Little Baking Soda

Baking soda is kind of like the duct tape of the home remedies world. It fixes everything! Sprinkle a thin layer at the bottom of the litterbox. You’ll be surprised at how it absorbs odors, all for a small price. Plus, you won’t have to worry about your cat hating the scent.

So toss out the toilet training kit and simply fine-tune your litterbox. You, and your cat, will be glad you did. 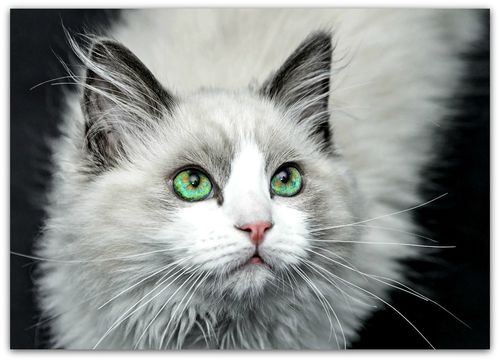 About the author - Emily Parker lives in Canada with her wonderful cats, Louis and Gus. When she's not snuggling them or running after them, she spends her time writing science and experience-based how-to articles and recommending the best products for cats over at her website, Catological.

That's a great idea to use sand!

That is a nice looking litter box, i have 3 persians cat, i use sand and a washbowl for their poop and pee.