HOME ABOUT ME SIGN UP LEGAL STUFF SHOP MARKET YOUR PRODUCT(S)
4 Things We Can Learn from a Wiener Dog - K.J. Hales
Why Not To Train Your Cat To Use The Toilet - And What To Do Instead 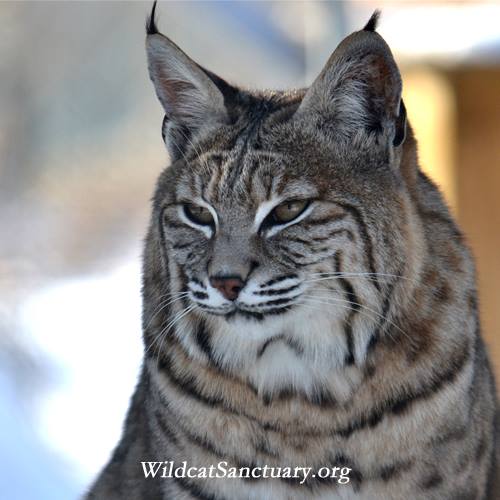 This story was brought to my attention recently and I just had to share!

In the woods of Minnesota, lies a beautiful sanctuary where rescued wildcats go to live happy, carefree lives. This beautiful story is about The Wildcat Sanctuary and an unbelievable friendship that formed there.

At less than a year old, Morgan the bobcat was found in a room at the Ritz Carlton hotel in California. Yes, this is a very strange place for a wildcat. After one of the workers illegally brought her across the border and realized she was too much to handle, they left her abandoned. Don’t worry, her story gets better from here. Actress Morgan Fairchild took it upon herself to find her a home, hence the namesake! Morgan the bobcat soon found a new home at The Wildcat Sanctuary. Shalico, a Canadian lynx, was also bought as a pet but soon given up. Shalico too found a new home at The Wildcat Sanctuary.

This is where the love part of the story begins. Since Shalico and Morgan were both young at the time, the workers at the sanctuary decided to introduce them to each other. Cats of different species don’t often co-mingle – but we’d have to say this was love at first sight! Morgan is totally smitten with Shalico and vice versa; soon becoming inseparable! These two cats make the purrrfect pair!

Wow, they are very cute,