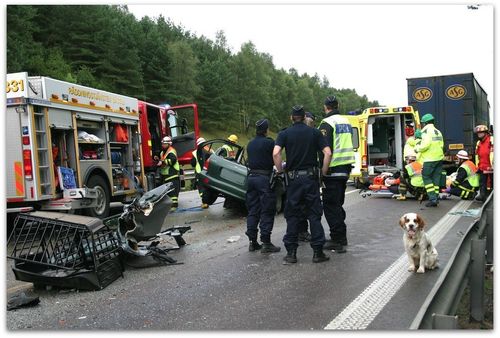 There’s nothing like traveling with a furry companion during the holidays. But with road trips on the rise this December, pet parents need to make a safety list and check it twice.

In 2014, 98.6 million people traveled more than 50 miles or more during the year-end holiday season, according to the American Automobile Association. This year, that number is expected to rise.

Although 72 percent of drivers travel with their pets, 27 percent never use restraints and 40 percent only use a restraint sometimes, according to a 2015 carinsurance.com study.

“Most people don’t view pets as projectile objects, but that’s exactly what they are,” crash-expert Dr. Johan Ivarsson says. “Not only can your pet get hurt, but your pet can also hurt you.” 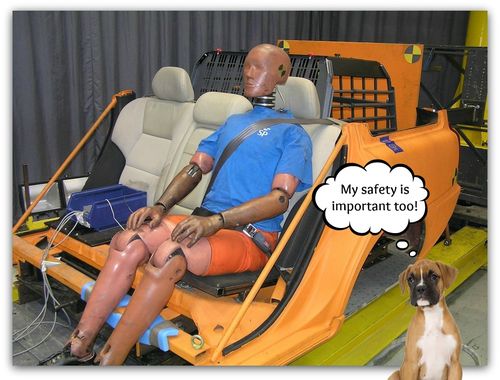 Research shows that an animal, large or small, exerts a force equal to 40 times its weight. A large-size dog weighing 75 lbs., for example, can generate an impact force of 3,000 pounds in a car crash, which could be lethal for both passenger and pet.

Common pet carrying crates are only designed to keep pets restrained in the car, so they don’t become a distraction to the driver, but according to Dr. Ivarsson, the type of crate and its safety features can significantly alter the outcome of an accident.

With no requirement for pet safety crates to adhere to government auto safety standards, pet parents will need to go the extra mile to do their own homework to find a pet crate that is truly safe and crash tested. Rollover crash survivor Loretta Mueller is happy she did hers.

Mueller was traveling in her 2011 Subaru Forester with three Border Collies — Gator, Lynn and Gig —when she was struck on the left the side by a vehicle going 65-70 miles, causing her vehicle to roll over.

She said she could not remember the number of times the car rolled, but she could remember hearing her dogs yelp.

All three dogs were secured in a crash-tested safety crate, the MIM Variocage, at the time of the accident. Both Mueller and her three dogs survived the crash with no serious injuries thanks to the safety features of her pet crate. 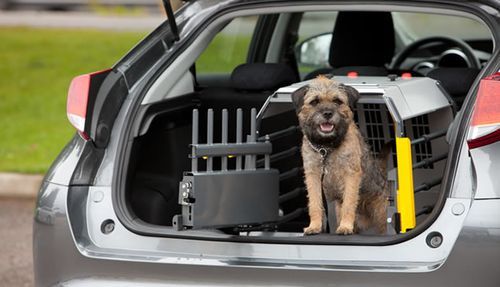 “People think just because you have a dog in a crate that it’s safe, but it’s not a guarantee the dog is going to be OK,” she says. “I’m glad I did my research.”

For pet parents looking for more information, ismypetsafe.com released a three-part study that conducts an extensive investigation of the safety of various pet travel crates and “crash testing” methodology.

Although the holiday season is the busiest time for driving, it’s not the only time to practice caution.

Mueller said she never drives in a vehicle without securing her pets in a crash-tested crate first.

“It doesn’t matter if you’re going two miles or 200 miles, you should always consider the safety of your animals, yourself and the people traveling with you,” she says. “You need to know you did all you could to keep everyone safe.”

Disclosure: (As required by the FTC)  I received compensation for sharing this very important information with my readers.

Its very important article ... should do that .

Safety is very important in this house
Lily & Edward