The Gift That Gives Back to NYC's Animal Care Centres 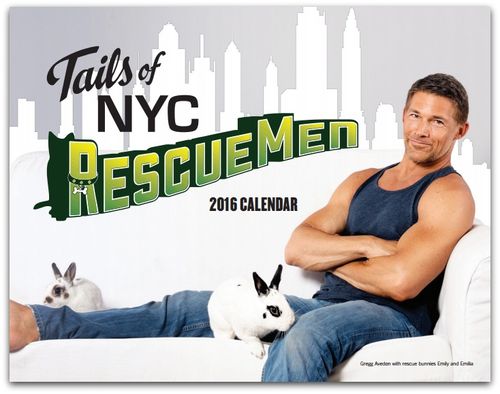 Image credit: Petra Romano
The Tails of NYC RescueMen Charity Calendar was created to raise awareness to Adopt, Never Shop for companion animals
What a wonderful gift idea for those who love men and love animals.  Win/Win.   The 12 men featured in the calendar have all rescued their companion animals including NBC Law & Order's Danny Pino.  Net proceeds benefit Pillows for Paws, an organization that brings comfort and love to NYC Shelter Animals. Animal Care Centers of NYC (ACC) receives the bulk of Pillow for Paws/RescueMen's material donations. 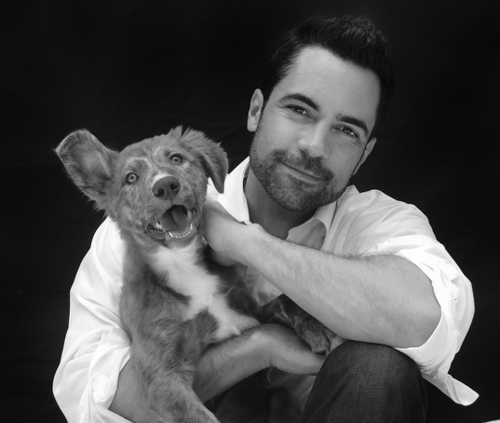 (NBC Law & Order's Danny Pino and his dog, Prado)
Image credit: Petra Romano
In addition to purchasing the calendar, you can also order The RescueMen & Rescue Chocolate Bundle which includes 2 Vegan/Kosher Peanut Butter Pit Bull Rescue Chocolate bars.
To learn more about the calendar and the cause, be sure to check out:  http://www.rescuemen.org/about-.html  and http://rescuemen.bigcartel.com/product/rescuemen-rescue-chocolate-bundle. How did this project come to be?

Jen Halpern is founder, creator and president of Pillows for Paws.  She is a native New Yorker and a casting director who has a very special place in her heart for all animals. Growing up with rescues in her childhood and becoming aware of the many homeless animals on the city's streets, Jen decided to speak out on behalf of them. She is working to raise awareness and encourage people to adopt from local shelters and rescue groups. Her very own rescue cats, Stash, Squeaker and Jade prove over and over how much joy there is in adopting your forever best friends. 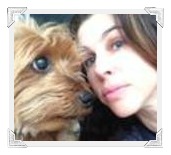 Felicia Greenfield is an NYC actor who developed Grandpa Dave's Creature Comforts as a way for her young daughters to continually pay it forward.  This small, family run charity collects comfort items including bedding, toys, and treats for the animals at Animal Care Centers of NYC (ACC).  Felicia is also an active board member of Pillows for Paws.