How Dogs are Healing People on World AIDS Day 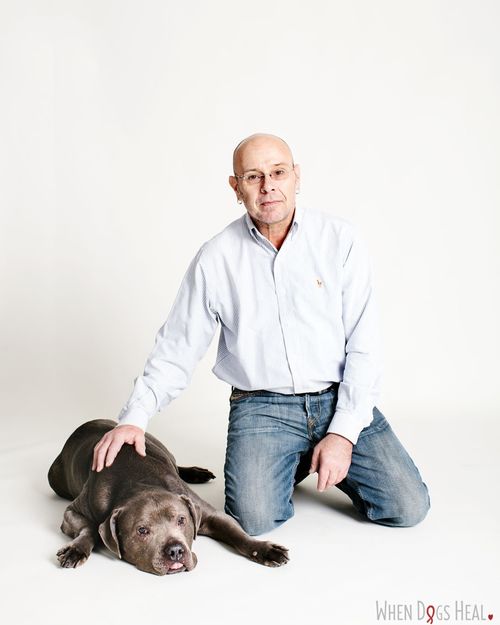 Life is notorious for throwing curveballs. Your job is terminated unexpectedly, a relationship ends suddenly, you accidentally set your kitchen on fire. Unforeseen hurdles can set you back more than a few paces. If you’re fortunate enough, you will have friends and family to help you get back on track but when you don’t, a four legged friend may just be the support you need.

In 2011, Dr. Rob Garofalo’s curveball was a positive HIV test result. In effort to cope with his diagnosis, he adopted a little ball of fur that would change his life forever. It was a yorkie he named Fred that would dissolve the many years he spent in the dark and bring a little magic back into his adult life. Fred was there to bring joy, love, and cuddles, at the mere expense of an occasional sock. It wasn’t long after meeting Fred that Garofalo realized that dogs could have a therapeutic effect on others in his situation too. Now, there was an idea. 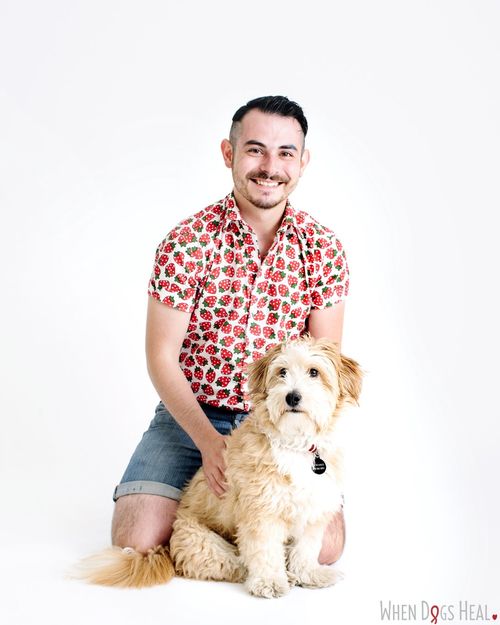 Garofalo decided to devote his career as a physician in Chicago to care for HIV+ teens, thus beginning a non-profit organization Fred Says with his sidekick Fred. The organization would grow to raise money to improve the health of HIV+ teens through charitable work and through the support of agencies across the U.S. that aim to make the world a better place for adolescents battling not only HIV but the stigma associated with the disease.

Today, we look forward to the launching of a new project called When Dogs Heal which will showcase the stories of people all over the U.S. living with HIV and their dogs they say have been their best medicine. In 2011, according to POZ magazine, there were over 400,000 HIV+ people in the U.S. who owned a dog. When Dogs Heal will aim to capture some of their stories through photos and interviews from Los Angeles, San Francisco, Chicago, New York, and Atlanta to spread awareness and premiere the photos in Chicago on World Aids Day, this December 1, 2015.  (Photos by Jesse Freidin)

After nearly four years, Fred is still adorable and Fred Says has made tremendous impacts in the lives of HIV+ teens, but needs your help to keep growing and spreading joy, health, and well-being especially this Holiday season. To learn more or donate, please check out http://wdhproject.org or http://fredsays.org and be sure to stay up to date on Fred’s puppy antics on Facebook, Twitter, and Instagram. 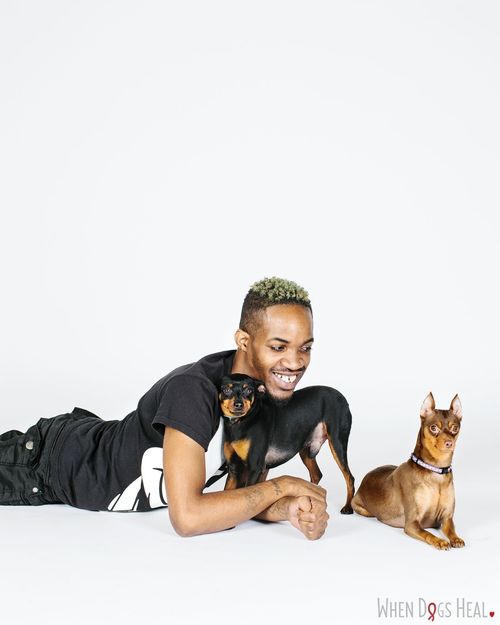 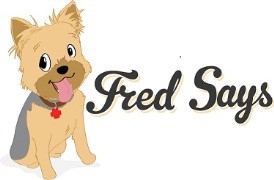 Fred Says is recognized by the federal government as a 501–C3 non-profit charitable organization.

The mission of Fred Says is to create a self-sustaining charity that ensures that all HIV+ teenagers receive the care and services they need to lead healthy and productive lives. Fred Says seeks to reduce the stigma associated with HIV that makes it difficult for young HIV+ people to access the care they deserve and to focus on their health and emotional well-being.

Fred Says achieves these goals through the creative use of social media as well as from proceeds from the sale of items in their store (e.g. greeting cards, e-cards, t-shirts, mugs, leashes and plush toy) and tax-deductible charitable donations.