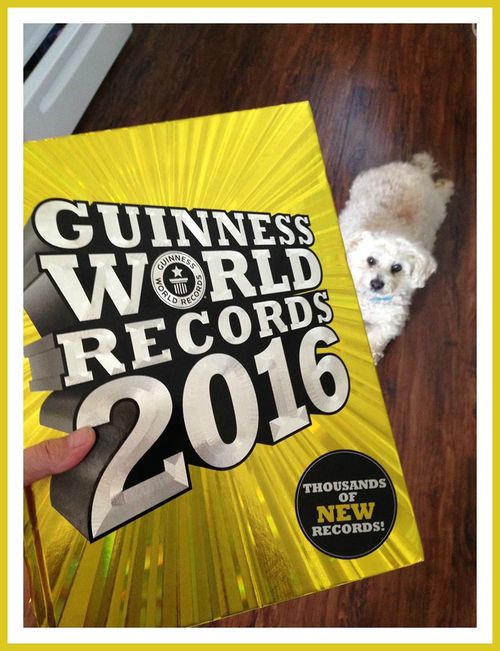 (Oscar is wondering if he's in there for getting the most pee-mail at the doggie park)
A sprinting tortoise, a coordinated canine, and a set of barnyard dynamos have made their way into the new Guinness World Records book! After researching and scouting the animal kingdom for over a year, today, the global authority on record-breaking achievement, announces the best new pet and animal records from the new GUINNESS WORLD RECORDS 2016 edition, including a goalkeeping pup and the furriest rabbit around.
Note:  Photo credits:  Guiness World Book of Records 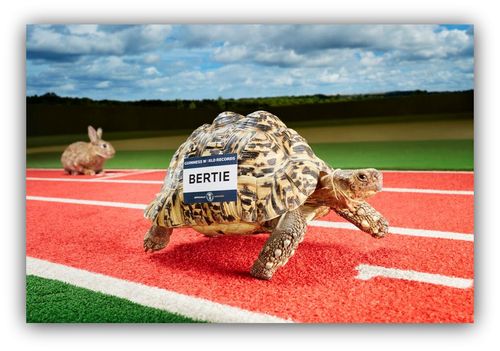 Fastest tortoise
The Greatest speed achieved by a tortoise is 0.92 feet/second and was achieved by "Bertie" at Adventure Valley, Brasside, Durham, UK on July 9, 2014, breaking a record which had stood since 1977!. Twice as fast as previous record holder "Charlie," at his current speed, Bertie could clock 100 meters in 6 minutes. His pacey moves were brought to owners Marco and Janine Calzini's attention, when visitors to Adventure Valley often noted that he was much faster than your average tortoise. Since setting the new speed benchmark, Marco says, "Bertie now lives in a luxury enclosure with his girlfriend Shelly and his Guinness World Records certificate proudly displayed on the wall. To be in the book is a dream come true, a massive achievement!" Whilst Usain Bolt enjoys tucking into chicken nuggets before a big race, Bertie just needs his favorite snack - strawberries.
Most balls caught by a dog with the paws in one minute
Most balls caught by a dog with the paws in one minute is 14 and was achieved by 9-year-old Purin and her owner Makoto Kumagai (both Japan) in Sakura, Chiba, Japan, on March 22, 2015. Purin, who has broken her own previous record of 11 to make it into this years' book, is a multi-talented pooch - the beagle from Tokyo can also skateboard, walk on two legs, rope skipping and has many other impressive skills. Makoto has owned Purin since she was born. "Purin is calm, happy and always eager to play," says Makato. "She's scared when around larger dogs, but since she lives with a cat, is more comfortable with animals her own size." 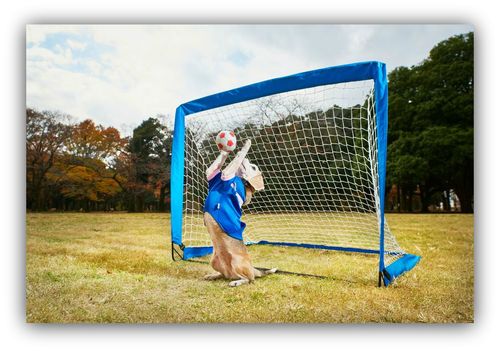 Largest horn spread on a steer (living)
The hotly contested Widest horn spread on a steer category caused a stir at Guinness World Records HQ this year. 'Big Red 907' (pictured) had claimed the crown and was all set for a starring role when news of 'Lazy J's Bluegrass,' a speckled steer from Greenleaf, Kansas, USA broke just days before the GWR 2016 edition went to print. Lazy J's horns measure 1.9 inches longer than Big Red's, at a whopping 9 feet 9.8 inches (that's as wide as five washing machines!) - earning him the title and a shared spot in the record books. 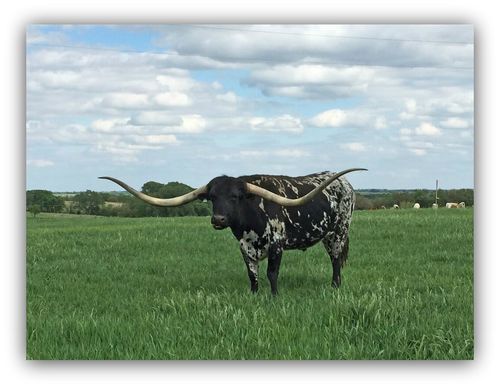 Longest fur on a rabbit
The Longest fur on a rabbit is 14.37 inches and belongs to 2-year-old English Angora rabbit Franchesca from Morgan Hill, California, USA, as measured on August 17, 2014. That is more than double the length of a Subway sandwich! Owner Dr. Betty Chu (USA) is an expert on the English Agora, which is often mistaken for a Pekingese dog and needs a great deal of grooming and care. A multiple 'Best in Show' winner, Franchesca gets plenty of attention from onlookers. Common questions Chu hears when people see Franchesca are, "'Is there really a rabbit inside?' and 'How do you make it so fluffy?' Franchesca is now a mother to four beautiful bunnies that look just like her when she was young. 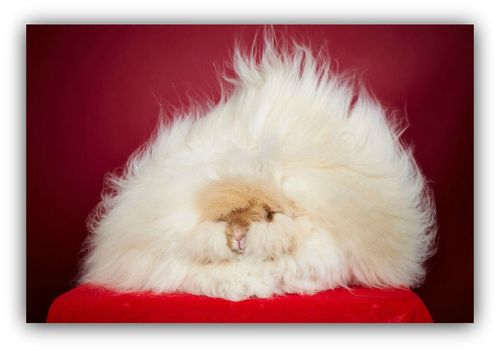 "Pet records are some of the most popular Guinness World Records titles and readers can't wait to see all the jaw-dropping new animal exploits year after year," says Guinness World Records Editor-in-Chief Craig Glenday. "The 2016 edition features an impressive mix of talented household pets and barnyard behemoths from around the world. One of my favorites from this year's batch is our new fastest tortoise, Bertie. As with all of our records, loads of research, scouting and verification goes into finding these amazing animals and we're delighted to share them with our readers."
A must-have for knowledge seekers and thrill seekers alike, as well as aspiring record breakers of all ages, the GUINNESS WORLD RECORDS 2016 Edition features thousands of new records! With educational features focusing on the Internet, sport stacking, human anatomy and more, as well as the most up to date records from the world of YouTube, apps, Frozen, Star Wars and Lego, kids and parents alike will love this fascinating new edition.
By using the book's content to solve brain-teasing clues at www.guinnessworldrecords.com/bonus, readers also gain exclusive access to never before seen video and imagery of the record holders whom appear in the 2016 edition. Plus, they'll be taken on a unique behind-the-scenes tour of Guinness World Records.
Check out additional animal achievements and more in the GUINNESS WORLD RECORDS 2016 edition, available now for the suggested retail price of $28.95 wherever books are sold.

Disclosure: (as required by the FTC)  I was given a free copy of the Guinness World Records 2016 Edition