HOME ABOUT ME SIGN UP LEGAL STUFF SHOP MARKET YOUR PRODUCT(S)
Guest Authors Galore!
The Language of Cats & Dogs - Infographic

Are You A Part Of The Greyhound Cult? 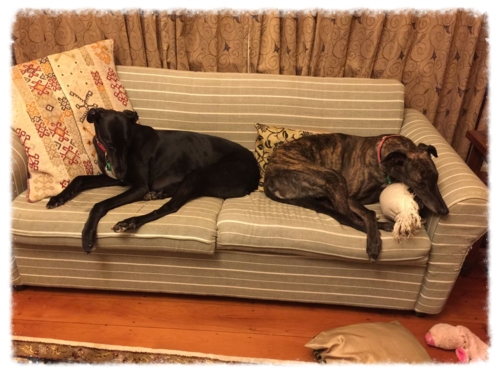 The Oxford English Dictionary defines a cult as “A person or thing that is popular or fashionable among a particular group or section of society: the series has become a bit of a cult in the UK.  I’d be willing to wager that the Oxford Don who authored the above is in fact a Greyhound owner.

You see, in the case of Greyhound ownership it involves being besotted with ones hound. About the only thing missing is a secret paw shake. The funny thing is that after a year or so with my two adopted retired-racing greyhounds, Lottie (aka the brindle rocket) and Bomber (aka the black piddler), I've come to accept the fact that I am now a fully-fledged member of the cult of the Greyhound. Nothing quite prepares you for membership. It usually happens not long after adopting and opens up a whole new doggie perspective that connects you with a group of fellow greyhound cult members who're equally mad about their hounds. 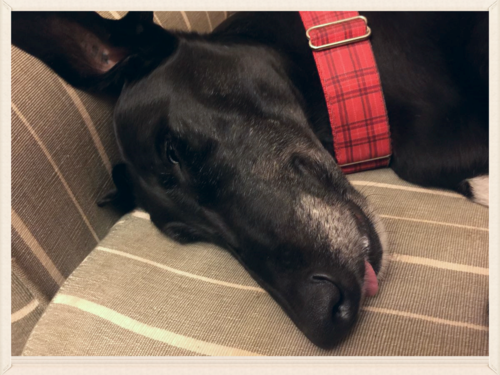 Like any other cult, Greyhound owners have a their own language for anything relating to their dog’s behaviour. I sometimes forget this when talking to non-cult members. I often get mystified looks or raised eyebrows as I talk about “derping”, “roaching” and “rooing”. The cult pervades your social life. There's a heap of events like BBQs, walks and other events all organised by our rather amazing local greyhound adoption agency co-ordinator, Sally. At these you’ll meet fellow cult members. You’ll also spend an entire afternoon talking about your hounds and this is completely normal, even expected. There is a good reason for this. There's something indescribable about Greyhounds. They exude a calming demeanour that makes them dead easy to be around. Their ears are like a crazy circus show that can’t make up its mind which act is next. Then there's their ultimate weapon – their deep brown eyes.

Non-pet owners often see animals as chattels. I think they only need look a Greyhound in the eyes to realise just how wrong they've been. There’s more soul in a greyhounds eyes than the entire annual output of a footwear factory. Oh and did I mention that Greyhounds are amazingly cute? I am of course unashamedly biased, but this is also borne out each and every time we take Lottie and Bomber for a walk around town. We usually end up getting stopped by heaps of people. Most want to know if they are ex-racing dogs, many simply ask if they can have a quick pat. (Greyhound fur is also incredibly soft)

Their effect on humans hasn’t entirely escaped the attentions of Lottie and Bomber who know all too well how effective a hold they have over us, their human servants and feeding aparatus. It isn’t that unusual to see fellow cult members buying designer coats, collars and PJs plus all manner of treats for their hounds, often spending more money on their Greyhounds than they’d usually spend on their own wardrobe. 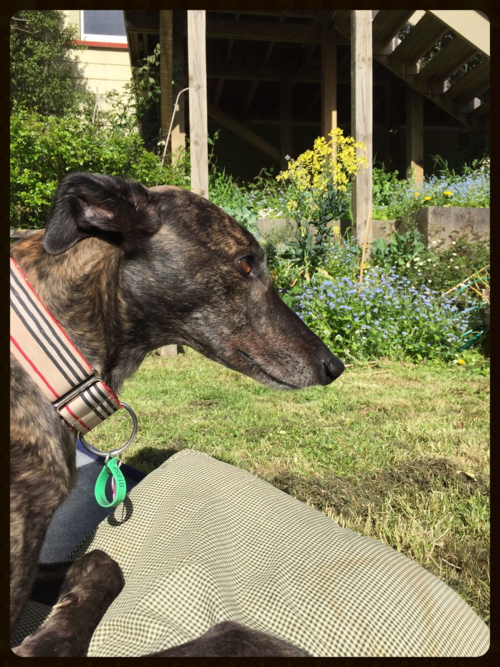 Perhaps the best part of being a member of the cult of the Greyhound (dogs aside) is the people. If we have a question about our hounds, we’re usually inundated with answers and support. We’ve also made some amazing friends. So if you’re considering a dog as a pet and want one without the health issues that plague most pure-breeds, consider an ex-racing Greyhound. By adopting you're making a huge difference and If you’re not 100% sure, you can also foster to adopt. Once you join the cult, your life will change completely - and for the better. If you’re still not sure what rooing, derping and roaching is - drop me a line! 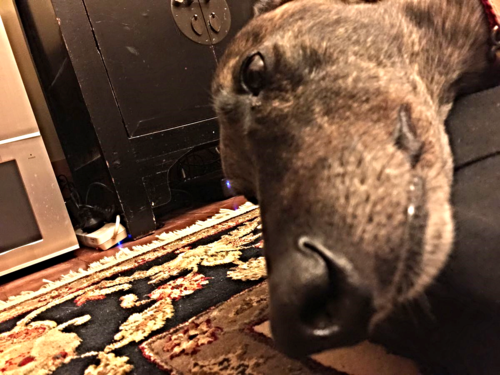 Pat is freelance journalist who is owned by two grossly overindulged greyhounds. He has worked in TV, radio and print media. Pat covers his adventures with his hounds in a blog called life with a greyhound

Hi Kayla - This was a guest author submission. Interesting they both used a cult analogy.

This article reminds me of an article I saw in September 2014 on Examiner.com - http://www.examiner.com/article/greyhounds-ownership-or-cult

I agree that pets can make our lives changed. Their love is unconditional. I'm sorry to hear your loss. Hope you will find a sweet puppy when you are ready.

I'm sorry to hear of your loss. And you may very well have a new puppy in your heart before too long.

Hi I just found your blog and have to say, as an animal lover and Petsitter myself that I find it highly addictive. Pets do make our lives become more valuable as they love unconditionally without asking for other than our care :-)
I had a Greyhound for 13 years who unfortunatelly passed away last year due to liver damage, I got very nostalgic by looking at these cuties maybe one day I will get over it and be able to have a new sweet puppie at home.
Kind regards from Tiersitting Wien