HOME ABOUT ME SIGN UP LEGAL STUFF SHOP MARKET YOUR PRODUCT(S)
Wordless Wednesday - Spoil Your Pet
"So I said to the Doorman, Matt." Mats for Pet Lovers ~ Giveaway

Calming Effects of Aquarium to the Mind 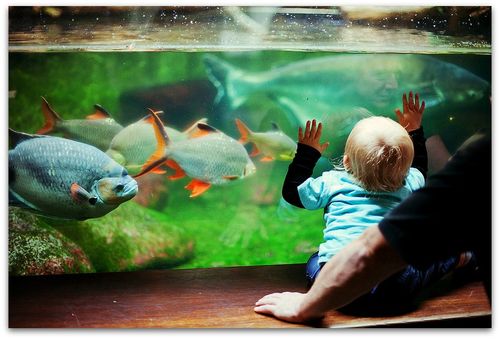 Aquariums are not just for decorative purposes. Many studies have shown that these mini-aquascapes also offer health benefits which are important in alleviating stress brought about by today's busy and demanding lifestyles. Every single day, people are bombarded with stressors that can pave the way for specific health problems including insomnia, anxiety and even hypertension to develop.

In an attempt to find a cure for stress-related problems without medications, scientists have discovered that the underwater panorama offers respite to a busy person; calming the human mind and soothing the soul.

Aquariums have been highly sought after in home and office spaces for the positive effects that benefit those who take time to enjoy the beautiful aquatic scene and mesmerizing movement of the fish.

One theory that has been forwarded to explain the therapeutic effects of watching fish in an aquarium is the boosting of serotonin neurotransmitters in the brain that can lead to increased production of endorphins. Endorphins are popularly called "feel good" hormones and have been associated with anxiety-reduction as well as a lowering blood pressure, and reducing hyperactivity.

If you are constantly having a heavy workload, taking time to observe fish in an aquarium can help you relax while enhancing your ability to focus on important tasks you have to accomplish. The sight of colorful marine life brings positive results that cannot be replicated in any other setting.

Aside from calming the mind, a nicely designed aquarium has also been shown to benefit children suffering from Attention Deficit Disorder (ADHD). They tend to slow down and have better attention spans when they have a fish tank around. This is another good reason to have an aquarium in your home. Instead of bombarding hyperactive children with mood-altering drugs, an aquarium in your home provides an effective drug-free alternative to combat ADHD. Having an aquarium in your kid's room can also help your child sleep better.

Aquariums have also been shown to exert pain-reducing effects in people. This has been proven in a study done on patients who suffered chronic dental problems or underwent a medical procedure. In fact, the "analgesic" effect of aquariums has been shown to be at par or better than hypnosis or certain pain medications.

Persons suffering from Alzheimer have also been shown to benefit from having an aquarium. Studies have shown that spending time gazing at an aquarium scene resulted in patients having better appetites and actually had their medication dose reduced.

It doesn't really matter whether you have a five- or a hundred-gallon tank, what matters is the unfolding underwater scene where plants and fish co-exist, creating a visual panorama that is pleasing to the senses. 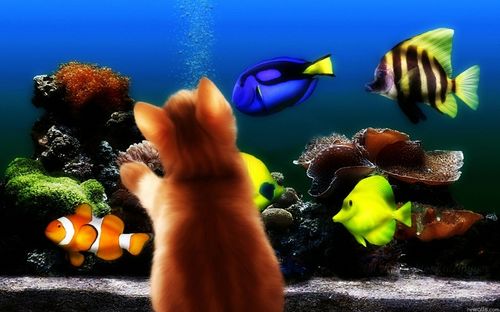 Peter Hartono is the online ambassador for Just Aquatic – a website dedicated in providing homegrown aquatic plants, aquarium and terrarium supplies for fish and aquarium enthusiasts as well as aquascape hobbyists.

Side note from me:  Thinking if I had an aquarium, I would require an expert tank cleaner.  That would be a calming effect. Just saying. 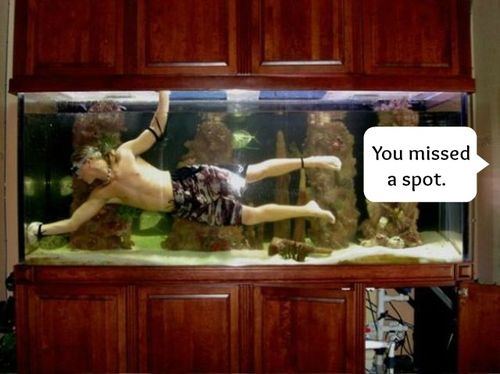