The Magic Ferret - A Delightful Short film to Warm Your Heart
Calling All Veterinarians: Pets in Need

www.HopeforPaws.org
Once again my friend Eldad Hagar of Hope for Paws has given a dog a second chance at life. His videos have been viewed by millions of people and most recently, the video of Miley (Rescued from a trash pile) has reached close to 12,000,000 views.
It's very interesting to know the story behind the videos and I am very happy to be able to share the story that goes with the rescue of Wallace, an abandoned injured pitbull wandering in the streets of Los Angeles.  Please watch the video and be sure to share with friends and family.  The "gold" is in the sharing, when it comes to effectively spreading the message on the importance of assisting helpless animals everywhere.
Here is the story behind Wallace, as told by Eldad himself.
Wallace was fed by Theresa Moulton Vajnar for over a month, and all her attempts to get him failed... he wouldn't let her or anyone else near him.
It was freezing cold outside, and Pit Bulls don't have a good coat to protect them, plus he was in a lot of pain because of the infection in his ankle.
After a month, I got a call about him, and I rushed over right away. I had to drive for an hour just to reach the area where he was abandoned, and then of course an hour back home.  (Eldad puts many many miles going to and from rescues.  Both car and plane)
He was so scared, wouldn't let me anywhere near him, and he was too smart for his own good.  He wouldn't walk into a trap, he wouldn't walk into anyone's yard, he wouldn't follow a dog... nothing.
For 3 days I tried, and then I knew something extreme has to happen, and that extreme is the use of a dart gun which I have used before that with Daisy. (see the video of Daisy's rescue at the end of the article).

Dr. Amsel is an expert in darting rhinos, elephants, and bears.  I called him, and he was on board right away.
We met the following day, and did it L.A style... drive by shooting. (you got to love that)
I drove and filmed, Dr. Amsel sat in the back seat with the gun barrel out the window.
Dr. Amsel shot a perfect shot, and we followed him.  At some point we had to block him for going out to the mountain area, so we followed him on foot.
Here comes the fun part where I fell and rolled down the hill.  The camera fell off my hand, and rolled down next to me.
My adrenaline was so high, I didn't even think about that fall.  I saw a rake, picked it up, and figured I'll use it to block him as I noticed he was going for a dead end.
As I was thinking "he's done", it turned that he wasn't.  I blocked him, but as he charged towards me, I moved away... I am not stupid, and I am definitely not entering a battle I am sure to lose.
Luckily, he passed out at the top of the hill.  I had a feeling he wasn't done.  I asked a neighbor to hold my camera, and asked Dr. Amsel to reload the gun.
I walked quietly towards Wallace, and struggled to get the look over his head because he was lying down.  At first he was fighting it, and I knew I could lose him.  I wanted him to think that he can get away from me, so I gave him a little extra space so he will turn around to run.  Once he did that - I had the loop over his other ear, and he was then all mine.
As soon as I got him inside the crate, I knew that he wasn't wild... he was just so scared.  At the hospital he relaxed, allowed us to treat him, and from there he continued to Lisa Chiarelli's house where he was fostered with Frankie & Lola. (Wallace receiving treatment at the Veterinary Care Center)
A month later, Lisa found him a home with Michael and Danielle and their other dog: Shylo. 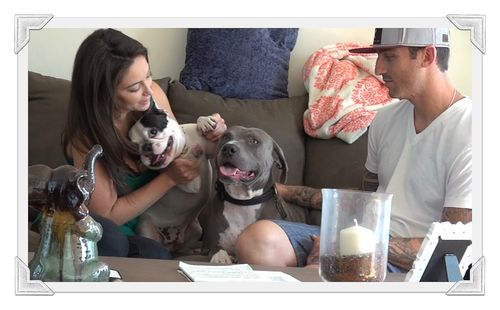 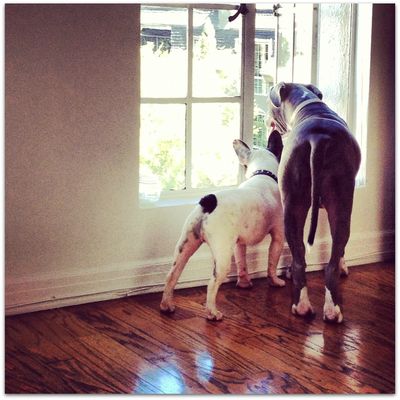 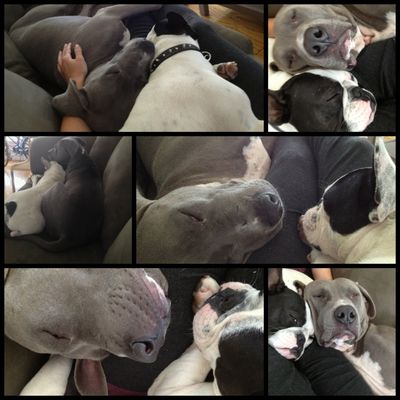 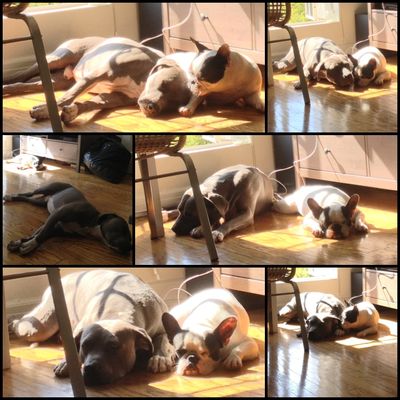 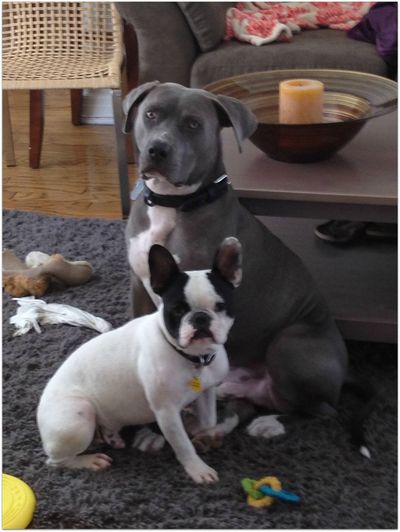 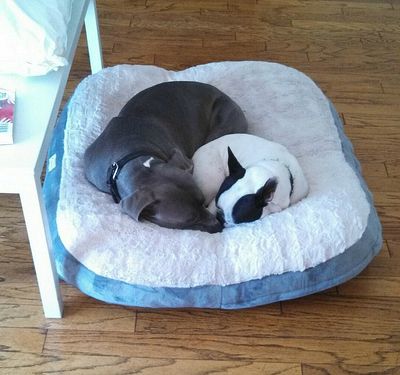 (A dart gun was also used in Daisy's rescue)

Consider making a donation to Hope for Paws so they can continue their work giving dogs, like Wallace and Daisy, a second chance at life. It all adds up.   Thank you.  Big hugs from The Pet Blog Lady.

Eldad Hagar is really an angel for pets. He does not care if he will drive for an hour or so just to rescue an abandoned dogs.
I'm so happy to know that Wallace is doing great together with his new home. He found a new home and at the same time he also have a new best buddy.
I agree that Wallace has a happy ending despite the bad things that he had experienced.
Thank you so much Eldad for your kindness. God bless you always.

I missed this video on my fb page yesterday, now I can't find where to share it. I share everything I get from HOPE FOR PAWS!!