A Day in the Life of a Dead Victorian Woman - Happy Halloween!

(Poster edited for my own self amusement)

My love for Halloween goes wayyyyy back as far as I can remember.  I absolutely loved dressing up and putting on zany makeup.   Some of my favorite costumes were Home Surgeon and Hair Dresser in One, Medusa, Alien Bride and wearing my dog's Cone of Shame.  (He was recuperating from surgery so I figured he wouldn't feel so alone if I had one too).  The photo isn't from Halloween but it gives you the idea. 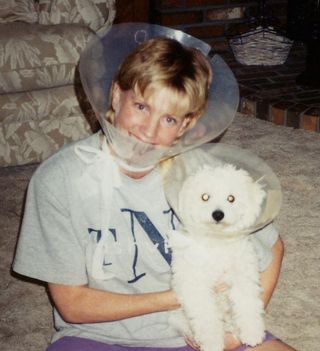 This year the Okanagan Science Centre had a fundraiser out at O-Keefe Ranch; "The Field of Screams". They created a corn maze and filled it with spooky actors, scary sounds and special effects.   When I saw the event announced in the local paper, I just knew I HAD to get in on that gig.  I decided a dead Victorian woman was my best bet.

I thought I'd be using dark makeup for my costume but ended up going to the pale side.  Really made my lovely rotting teeth stand out, don't you think? 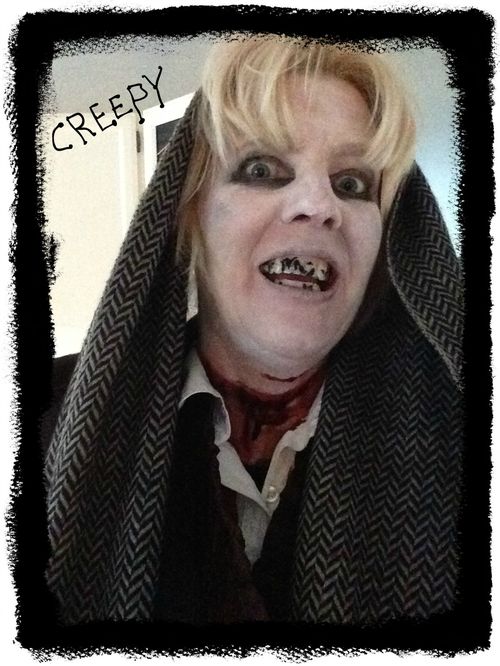 Because I like to be silly and I hate to waste an opportunity, I thought why not ask my friend Dena to go around with me taking photos.  Like The Day in The Life of an Undead Victorian Woman.  And we did just that!    First we stopped in at Surplus Herby's. 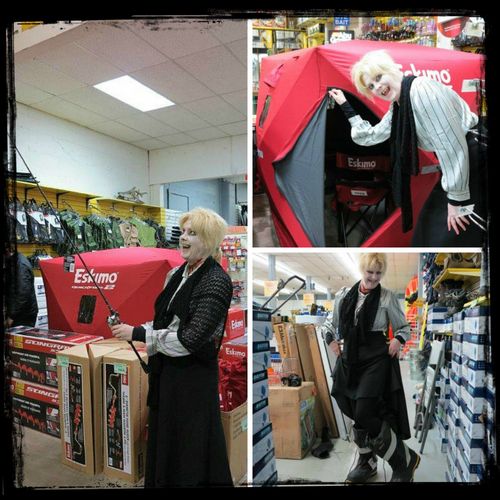 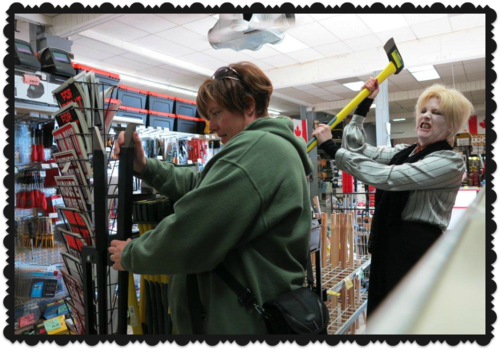 Still dealing with anger issues, having been murdered and all. 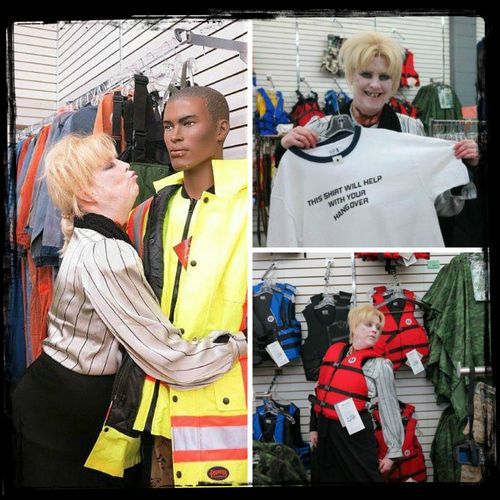 Can't believe we ran into Kanye West!  What luck! 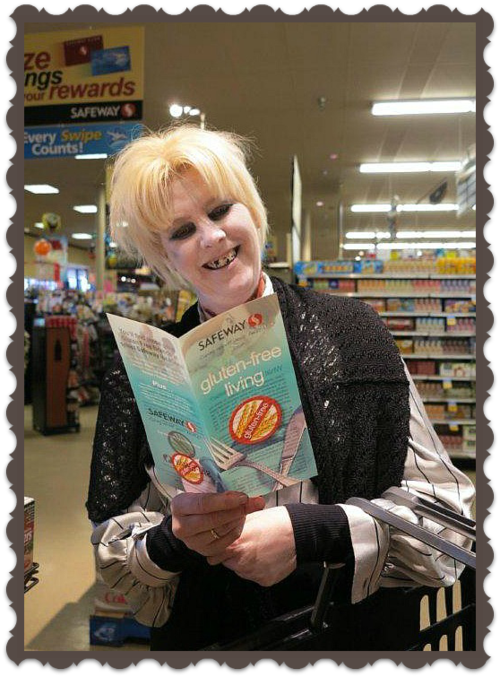 Then it was off to Safeway for some healthy shopping. 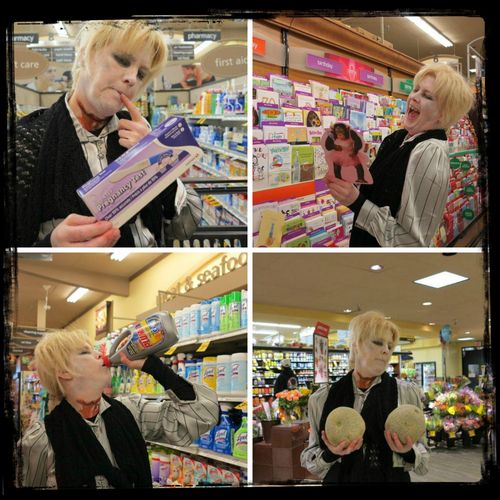 "If that thing turns blue, I am suing Jack (the Ripper) for child support". 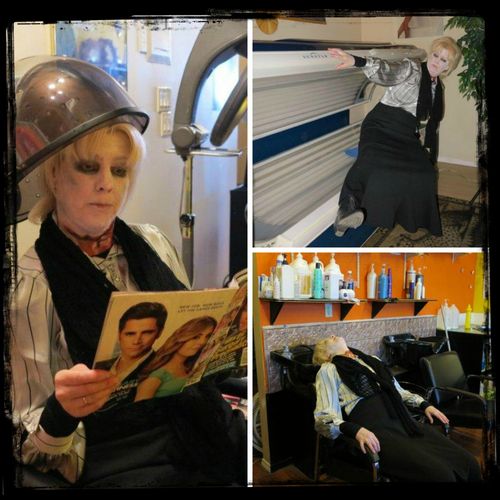 A little pampering at Enlighten Hair and Tanning Salon 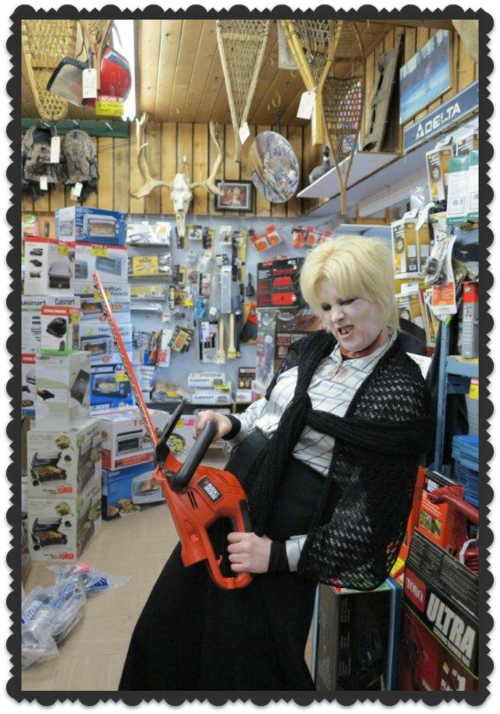 Tried out a hedge trimmer at Fishers Hardware for the cemetery. 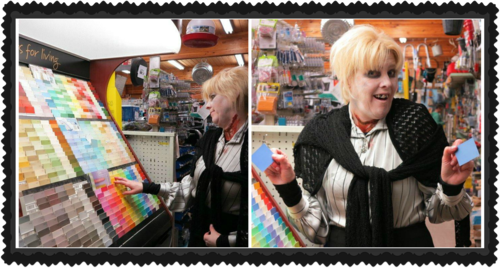 Picking out paint colors for the asylum.   So many to choose from! 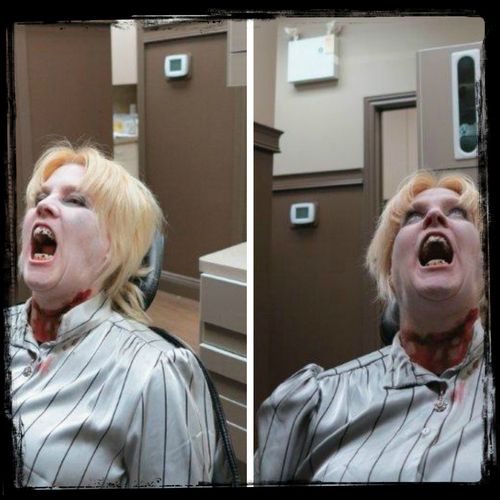 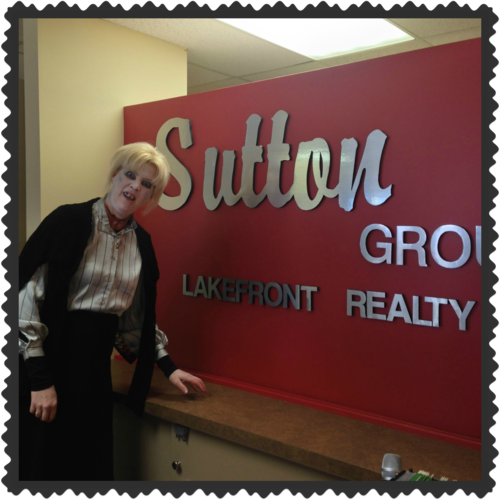 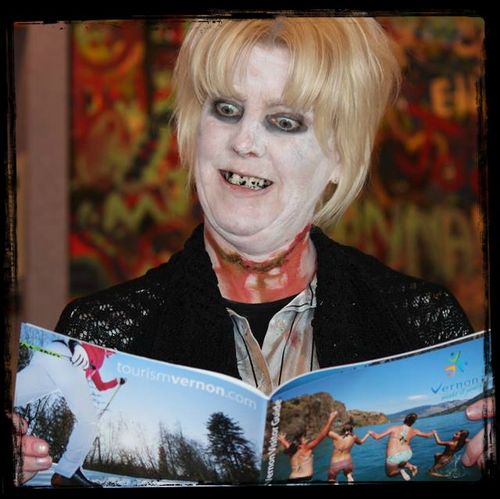 Even managed to stop by the Vernon Tourism office

Volunteering at the Ranch was such a hoot, with my job to monitor the front entrance of the corn maze. Loved scaring people, especially the big burly men.  (There were a few f-bombs that resulted, which I figured meant I did a good job)  I was suppose to work a second night, but unfortunately popped my knee out on the way back to my car.  (Getting ACL surgery three weeks today!) 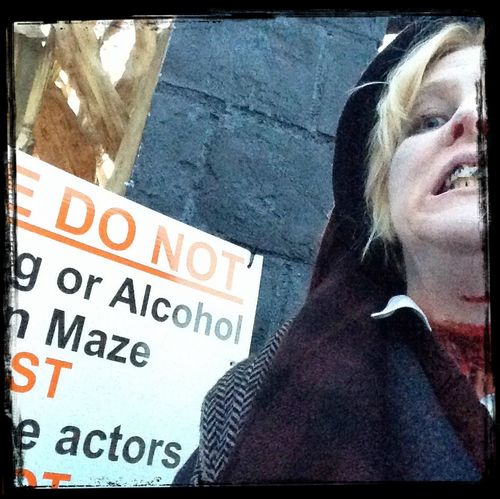 If they have the corn maze next year, for sure I'll be volunteering and dressing up.  Thinking a mummy would be perfect - with a day out and about in my community.   A mummy and her mummy dog.  That's it.   Stay tuned next year!