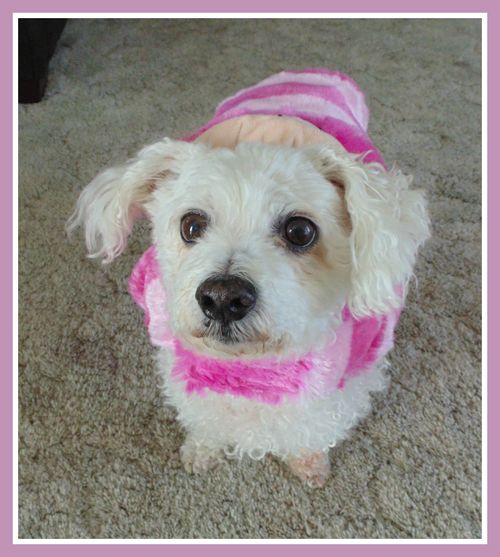 The countdown to Halloween is on, with only 10 more sleeps until the big night!   I have been a HUGE fan of Halloween since I was a kid - never missing the chance to dress up and go trick or treating.  I put a lot of thought and effort into my costume, of course changing my mind several times before making the final decision. When it came time to go door-knocking, my brothers and I had a well-laid plan for obtaining as much candy as humanly possible in that limited time frame.  We used empty pillow cases to collect our sweets and after a couple of hours, we would run home to empty them.  Out again we'd go, with the sad story that we had a late start and with such sad eyes, people were quick to give us extra candy.  Oh yeaaaaaa.

For many of us pet parents, Halloween means dressing up our beloved dogs.   I imagine people dress their cats up too, but somehow I don't think they'd be as obliging.  The wonderful peeps at PetSmart sent Oscar this fantastic Disney Cheshire Cat Costume.  He looks absolutely adorable, which is the look he was going for.  What's more important is this not only acts as a cool Halloween costume, but more importantly, as a disguise for going undercover as a cat.   Not like there are many fluffy hot pink stripped cats out there in the neighborhood, but he's convinced it will get him into the closed feline circles.   Decorate to infiltrate, he says. 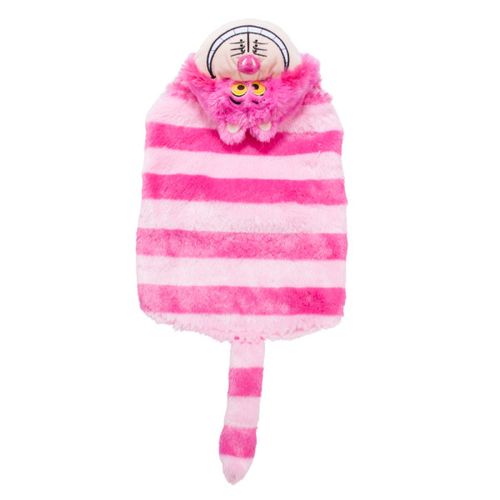 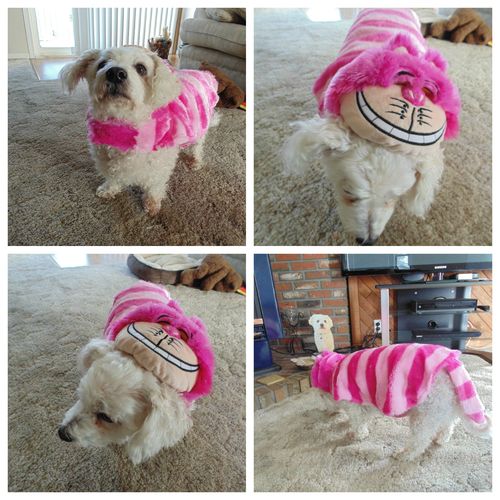 This is also the time of year that my pal Samantha and I bake a big batch of Witches Fingers.    They're really simple to make and are deeeelishious.  I would love to be able to give them out to Trick or Treaters but anything homemade these days is thrown out.  And understandably so, given the risks.  So I give them to friends and of course, eat a bunch myself.  You can get the recipe here. 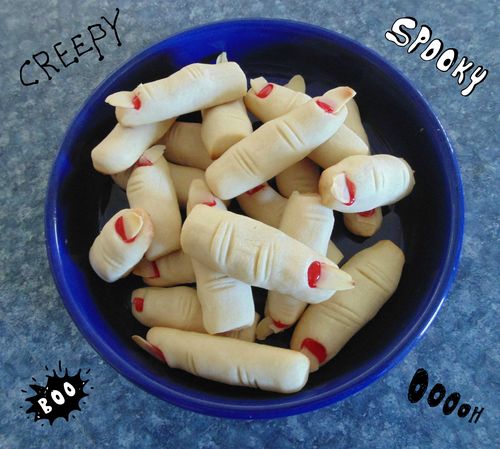 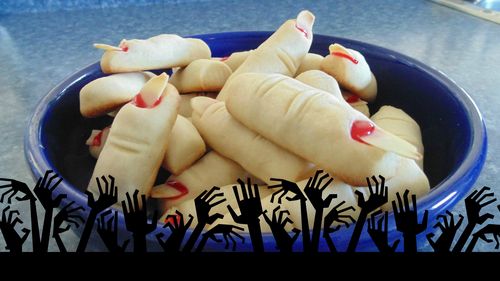 GIVEAWAY!  PetSmart has generously provided another Cheshire Cat Costume to one lucky reader!   It's a LARGE, as seen on my dog, who is a beefy Bichon Frise.   PetSmart has wonderful costumes this year for dressing up your dog, so many that it makes it pretty darn hard to choose.

Whoever wins this costume will most likely have to use it for next year, given time required for shipping.  However, remember that it can also be used for covert undercover operations.  To gain the trust and acceptance of cats, young and old, in the hood.    Which is a year around activity.

Good luck with the draw!  The winner will be randomly chosen Sunday, October 27th.

(Disclosure - As required by the Federal Trade Commission   PetSmart provided two complimentary Halloween costumes, as shown in the blog post.

Out of five dogs, Peedee is the only one who truly enjoys being dressed up and photographed. A real diva, that one.

hell you're right from scratch.

My cats typically are NOT a fan of dressing up...but they tolerate it on occasion :).