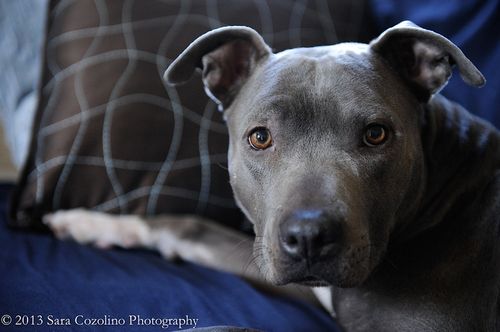 "Some of my best friends are Pit bulls."  I overheard that quite some time ago while at a fundraiser for the local pet shelter.  The fella was chatting with a lady about the myths and misunderstandings about the breed and how he had grown up with several pit bulls and happily owned one at present.    I remember that made me smile, since he was obviously advocating on their behalf and educating someone who had some misgivings.  (On a side-note, I am not a chronic eavesdropper.  Honest. But when it comes to talking about pets, I can't get enough of what people have to say)

For a little self lesson on pit bulls, I looked up the word on Wikipedia and thought I'd share it. When we talk about pit bulls as a breed, they are not one specific breed.  But a combination of many.

"The term pit bull is a generic term used to describe dogs with similar physical characteristics. Usually a "pit bull" is considered one of several breeds including the American Pit Bull Terrier, the American Staffordshire Terrier, the Staffordshire Bull Terrier, Bull Terrier or any mix thereof. The pitbull is not a distinct breed which may make it difficult for experts to identify. Any mixed breed dog may be labelled a "pitbull" if they have the characteristic square shaped head."

As far as how many dogs can be referred to as pit bulls, there are over 4 million pit bulls in the USA alone.   That's a lot of misunderstood dogs. 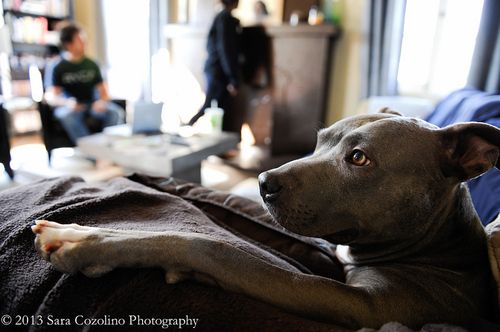 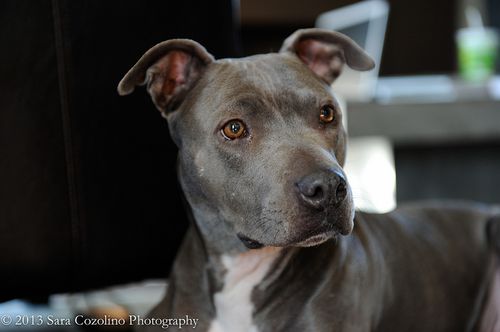 You may be wondering who that beautiful dog is in the photos, taken by photographer Sara Cozolino of Los Angeles.  Nala is a happy, healthy and very much loved dog who wasn't always that way. She was rescued by Eldad Hagar of Hope for Paws back in Dec, 2010.    In fact, it was Sara who posted about Nala (who at the time was named Blu) on Facebook, with her concerns of this sweet dog living alone in a ditch in downtown LA.  The poor dog was very timid.  She cowered at the sound of a man's voice, which most likely meant she was abused by a man.  Eldad saw Sara's posting and contacted her. Together they could save her.   And they did.

What is extra special about this video is that it has received over 2.2 million views and continues to be seen by people all over the world.  I mentioned earlier there are many groups devoted to spreading the true message about pit bulls.  That they deserve compassion as much as any other breed.  And this video has helped do just that.

Judging from this photo, Nala is no longer scared of men.  Amazing what compassion, care and love can do.   Just like the song says in the video.... There's hope for the hopeless. 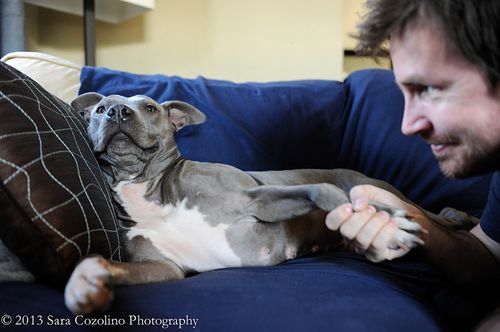 What a moving rescue. As a dog lover I'm at times intimated by a passing pitbull and that's something I need to get over. It's a shame that some bad apples miss treat and teach them to fight giving the breed a bad rap.

The comments to this entry are closed.