Celebrating Animals in the Afterlife 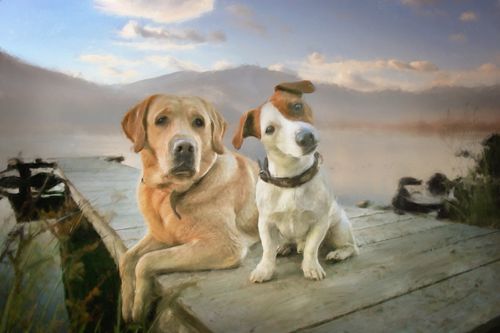 We all wonder where our animals go when they die.

In our grief at their passing, we pull out old photographs and clutch at snips of their hair, desperate to prove that they existed, that our relationship with them was real.  But deep inside there remains a nagging fear:  are they gone forever?

We think we hear them padding down the hall, feel them jumping up on our bed in the middle of the night, or even see fleeting glimpses that disappear as soon as we feel a shiver of recognition.

We start to think we might be going crazy.

That happened to me, too.  But I have since learned to welcome the signs of life beyond death, knowing that they are not figments of my imagination.  They are quite real.

In the spring of 2008, I prepared for what I knew would be the imminent death of my revered golden retriever, Ashley, who, as she approached her 16th birthday, had been diagnosed with kidney failure.  She had been the perfect dog, and it was going to be very difficult to lose her.  I sadly and silently admitted that it would only be a matter of time before I had to release her spirit, and as the days wore on, I cried.

On a perfect sunny morning in early June, Ashley simply laid down on the grass, looked up at me, and clearly communicated that she was really done this time; she was ready to go.

I called my vet's office to let them know I was on my way, and gently set Ashley in the backseat.  I held her paw as I tearfully reminisced with her throughout the entire 45-minute drive, knowing that this was our last ride together. She slipped away peacefully, and though I knew that it was what Ashley wanted, my heart ripped open with the pain of having lost a treasured friend.  It was noon when I got back in the car for the long journey home, alone.

About six hours later, I saw her.  She was facing in my direction, calmly walking toward the kitchen.  In a second, she turned the corner into the kitchen and with that, she vanished.  I never saw Ashley again, but her appearance was vividly real, and I knew I wasn't imagining it.  It brought me great peace, as if Ashley wanted to say, "I'm still here."

I don't think I would have been open to Ashley's after-death apparition if I hadn't read Kim Sheridan's groundbreaking book,  Animals And The Afterlife, which had been published a few years before.  Kim spent years compiling true stories of visitations by spirit animals from witnesses who saw them and even touched them, not always recognizing that they were interacting with forms from an ethereal dimension. 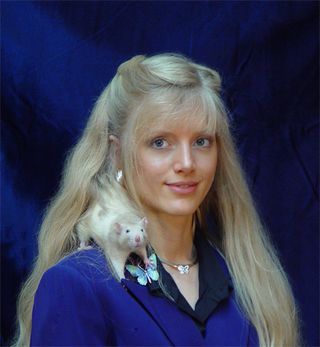 Kim stretched my formerly rigid boundaries of what was possible.  She's not a medium or a mystic, and neither are the people whose experiences she describes.  But in story after story, she demonstrates that our animals remain accessible to us after they slip out of their physical bodies, and like people, they continue to live on in spirit.

On November 3rd, 2013, Kim Sheridan will make a rare east coast appearance to deliver the keynote address at the inaugural Conference on Animals in the Afterlife, in Boxborough, MA.  She is a radiant messenger of hope and healing for anyone who has experienced inconsolable grief after the death of an animal companion.

The one-day Conference, sponsored by Animal Translations, will also feature noted paranormal investigator Jeff Belanger of GhostVillage.com, who will discuss ghostly encounters with paranormal pets; Alexis Brooks, host of CLN Radio's Conscious Inquiry, who will discuss what she believes is the reincarnation of her cherished cat, "Clover"; and Maureen Harmonay, an animal communicator who will share chillingly compelling details of what animals in spirit have told her about their lives, their deaths, and even their awareness of events that occurred long after they shed their physical bodies. 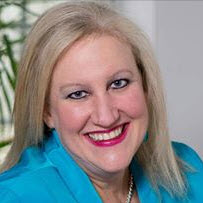 Respected psychic medium Joanne Gerber will make spontaneous connections with the spirit families of some of the lucky attendees, in the fervent hope that departed spirit animals will come through during this dramatic finale to what promises to be a thoroughly amazing day.

Whether you come as a skeptic or as a believer: join us. You'll leave knowing that these afterlife connections are possible for you and the animals who have meant so much to you, no matter how many months or years it's been since you said good-bye. 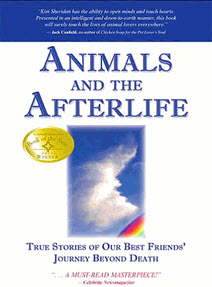 Attendees will be entered to win one of several prizes, including autographed copies of Animals and the Afterlife, complimentary animal communication consultations with Maureen Harmonay, and a custom acrylic portrait of an animal of their choosing by popular animal artist Kerrie Ascoli.

For a complete agenda, topic descriptions, and registration information, visit The Conference on Animals in the Afterlife website.

(Maureen Harmonay is an Animal Communicator who uses telepathy and compassion to connect with animals.  You can reach her at AnimalTranslations.com.)

Disclosure: (as required by the FTC)  This is a paid sponsored post from The Conference on Animals in the Afterlife.