BioBubble Giveaway - My Tadpoles Grew Up! 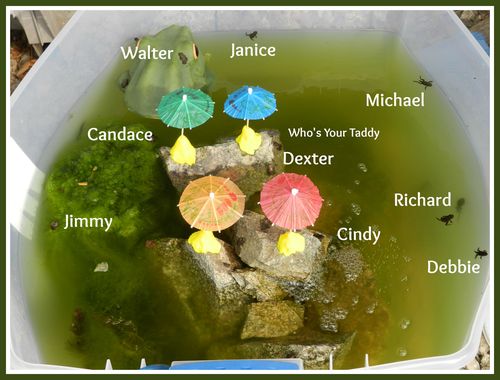 (Just some of the kids names)

Back in early June, I embarked on the rewarding journey of raising 35 tadpoles, which I obtained from a local pond here in the North Okanagan.  Over the weeks I saw them miraculously change - evolving into the cute little frogs they were meant to be.  You can read about their development in my posts: Looking After Tadpoles, Tadpole Mother to 35 Future Frogs, and Long Weekend with my Frog Babies. 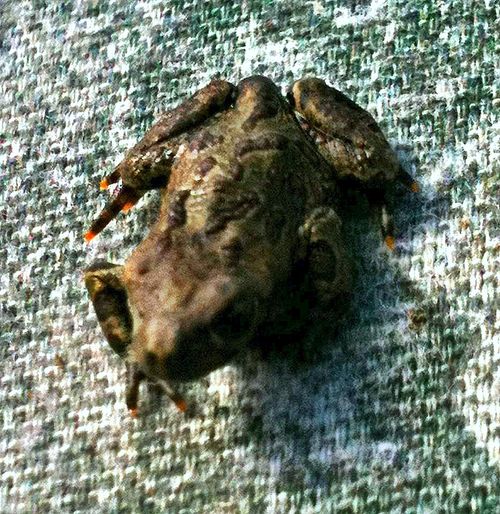 Of the 35, two sadly passed away before they could be released back to the pond; Charles (who was really, really tiny) and "No-Depth Doug", who was born with just one eye! Of the 33 remaining, I let 30 go back to nature and kept three....Walter, Dexter and Carl. 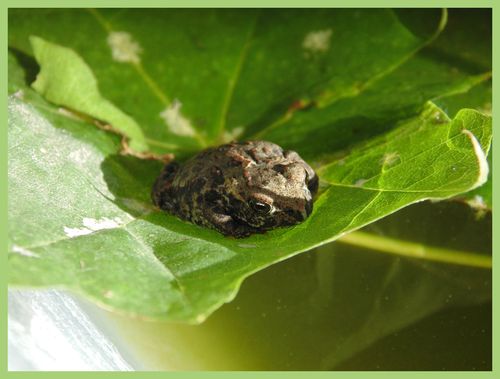 (Dexter doing a little sunbathing - one of his favorite activities) 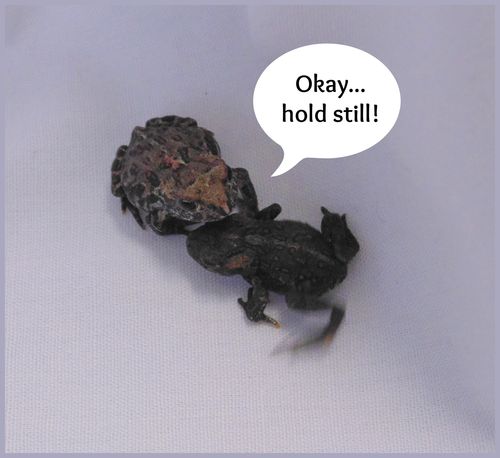 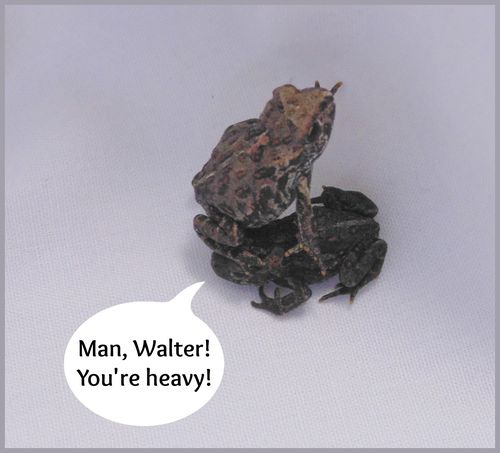 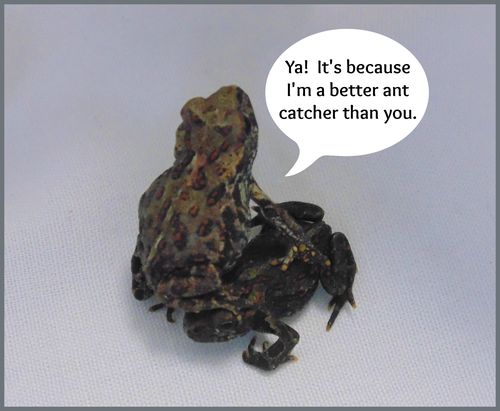 I knew once they were grown, I'd be looking for a nice place to put them.  To make them comfy and at home. To live in style and grace.  Well....The wonderful peeps at BioBubble sent me a very cool Premium BioBubble, the ultimate in frog baby living.   Kind of like the Trump Towers of Terrariums. 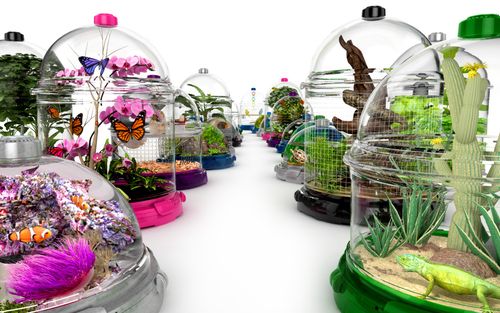 I chose the color purple, because well.... the fact I could choose a color was reason enough to give that serious thought.  And it got my vote.  The BioBubble was very easy to assemble, with clear instructions and even a number to call, should I have any questions.   I had collected a few things for the new "frog pad", which included:

You really can put whatever you like in the BioBubble.  Figured best to let my imagination do the choosing, as long as it was safe for the tenants, of course. 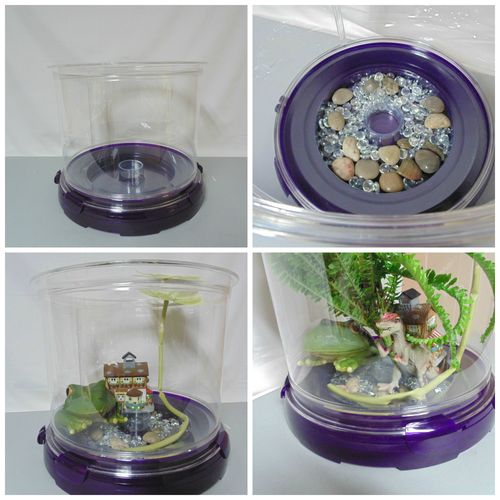 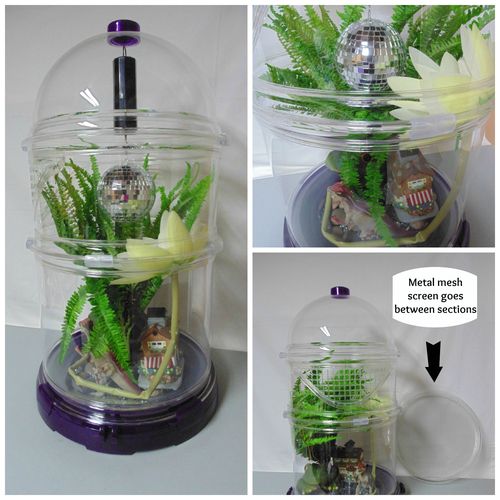 They come in various sizes and the expandable feature is nice, should you want more room.  To get a real feel for the product, this short video demonstration does the trick.

Would you like to have your own BioBubble?  My friends at BioBubble are giving me a Premium BioBubble to give away to a lucky reader!   Just click on the link to enter! 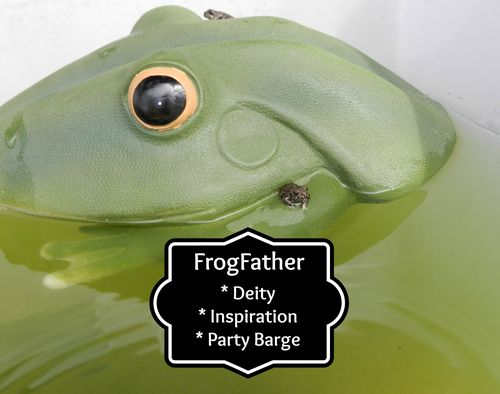 It was such a wonderful experience being a tadpole to frog Mommy, that I'm going to be doing it all over again come Spring, 2014.   As for these three frogs, I will be putting them back into the pond in a few days, only because after research, I discovered they naturally need to hibernate.  However - I am going to the pet store soon after to pick out a couple of "year around" frogs for the spiffy new frog digs.  And in this case, having a disco ball means every Friday Night is Disco Night in frogville. 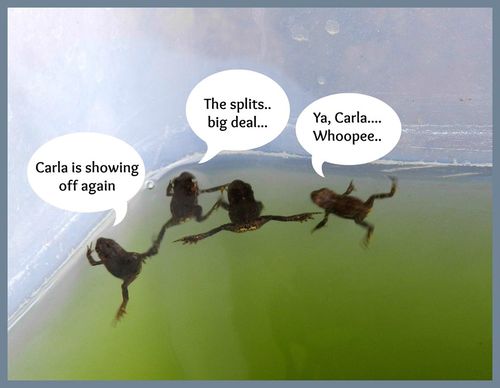 (Back in the Tadpole-Frog Nursery) 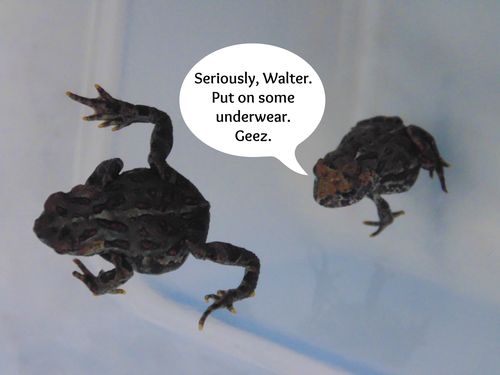 Be sure to ENTER the draw!

(Disclosure - as required by the FTC. I was given a complimentary BioBubble, with an additional one to be given to one reader through a random draw.  The opinions expressed here are of my own and not of BioBubble Pets.)

It show's butterflies! That would be neat to 'hatch' them and then set them free!

We do frogs. My kids have been asking for frogs so this would be perfect

I would just keep plants in mine. With five dogs and a cat, I can't have any little animals. Thanks!

I'm thinking a small tortoise would be okay. Good luck with the draw! (The winner is randomly generated)

I'm wondering how suitable it would be for a tortoise

The comments to this entry are closed.