HOME ABOUT ME SIGN UP LEGAL STUFF SHOP MARKET YOUR PRODUCT(S)
The Ghosts of HamsterVille - The Pet Cemetery In My Parent's Backyard
Light up Your Pooch with Head-Lites - Be Seen, Be Safe, Be Hip

Looking After Tadpoles: Tips to Help You Do It Successfully 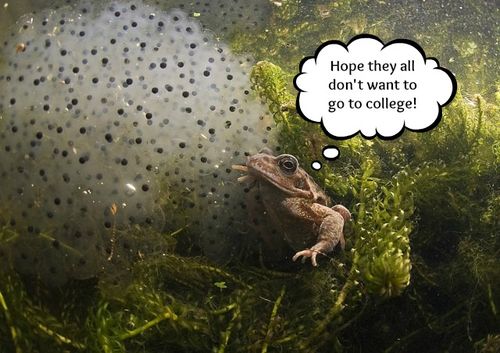 Tadpoles are very easy to raise: they do not require much space and they only eat very little food. This means that looking after tadpoles is really simple and cheap, and this is just one key reason why keeping them as pets is a great idea. However, just like any other pet, tadpoles need a good, clean and safe environment to stay in until they can grow into adult frogs.

Items you need to ensure safety of the tadpoles:

1. A container to hold water for the tadpoles.  This can be anything including a fishbowl, a plastic container, an aquarium or even a pond.

2. Shady area - if you opt for a pond, be sure that it is located in a shady space, too much sun is not good for the frogs.

3. Fresh water- if you put the tadpoles in polluted water, they may die due to the harsh chemical substances contained in the liquid. If you can use the same water from which you took them, the better, because they will be able to adjust faster.

4. Food - the tadpoles can eat foods such as lettuce, algae and pond weed

5. Rocks or gravel - once the tadpoles grow feet, they will need to get out of the water from time to time, and the rocks will facilitate this process.

6. Underwater plants - these will facilitate in oxygenation to ensure constant and sufficient availability of oxygen for the tadpoles. 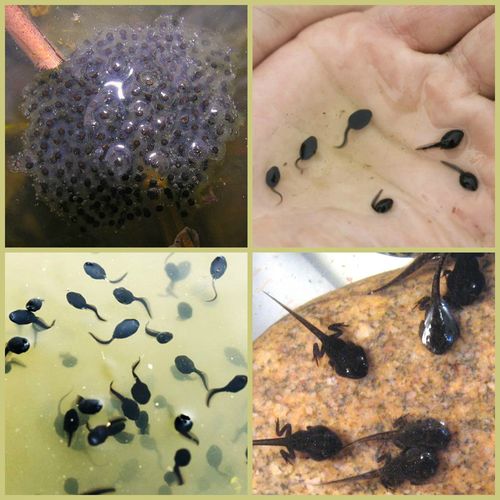 Things to remember when looking after tadpoles

Just like fish, tadpoles will require a regular change of water especially if kept in an aquarium or bowl. This should be done a minimum of two times in a week because if the water gets too dirty, it may become poisonous and the tadpoles may eventually die. In addition, the water should never be too cold or to hot --just a little warm --and if you have to use tap water, ensure that it doesn't have chlorine because this will also harm the small creatures.

Furthermore, when changing the water for your tadpoles, be sure to make the transition gradual for them; a sudden change of environment is not good. Thus, if you for instance need to transfer them into a pond from a bowl, place the bowl into the pond and in a couple of hours, it will be safe to make the transfer.

While feeding them, if you opt to supply them with lettuce, boil it first and only give a little each day. However, be careful not to overfeed because there will be a lot of food leftover and this will get the water really dirty hence obliging you to make frequent water changes than necessary; this is a very important aspect in looking after tadpoles.

You have to be keen on the species of your tadpoles because this factor very much influences the kind of things they will feed on. For instance, once the tadpoles grow legs, some types turn carnivorous. At this point, if you are not careful on providing them the required foods, they may eat each other.

Keeping the tadpoles in the outside environment is a much better option, thus if you have a pond, this alternative works best because it is similar to their natural environment. Optionally, you can just place the bowl outside as long as it is partly sheltered and the level of water is controlled; the water shouldn't be too much. When the tadpoles grow legs, be sure to place some rocks in the container so that the animals will be able to get off the water. 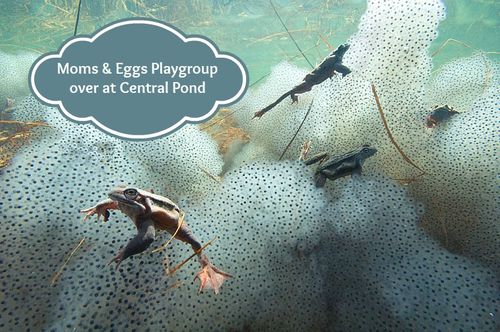 Obtaining Tadpoles and the Suitable Foods for Them

• Before you begin on looking after tadpoles, be sure to only get a number that will fit in the available space. Remember, they will become frogs at some point and this means they will need more space because of their bigger size.

• Tadpoles can be easily collected from areas such as swamps, streams, lakes and even ponds. If there are puddles around your home, you can also find tadpoles in such places.

• If you cannot obtain their food from their natural environments, you can easily get some from the aquarium stores --fish food and algae tablets can be purchased in such places. Nonetheless, it is always good to first find out about the species you have and it’s feeding habits so you are confident to give it the appropriate foods. 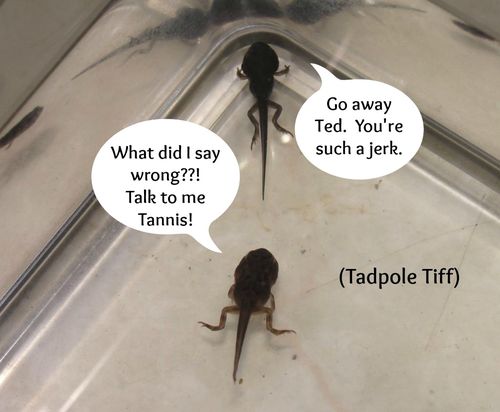 Tadpoles are low maintenance, thus it is always a good thing even if they are obtained as pets of thechildren. Besides, when a child cares for the tadpoles, they will learn a lot of things with regard to responsibility. Furthermore, looking after tadpoles is always an exciting experience since they later turn into frogs; the regular tadpoles will take a period of anything between 6 and 12 weeks to develop.

Also, keeping tadpoles reminds kids of the importance of nature, and how critical it is to take care of what nature offers. If the frogs are not well taken care of before their full development, they will simply die, and the same case applies to the environment as a whole; it needs to be preserved to remain healthy. Once you have fulfilled your task of looking after tadpoles, you can release the grown frogs in a location close to where you picked them, so that they quickly become accustomed to the new environment. 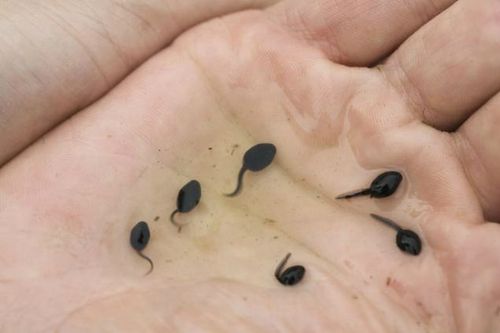 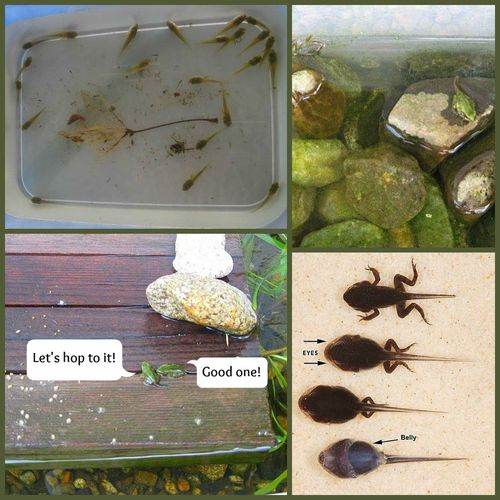 (My friend Dena raised tadpoles with her son Jack last summer.  I'm going to take the time and do the same.  I'd make a good tadpole mom I figure) 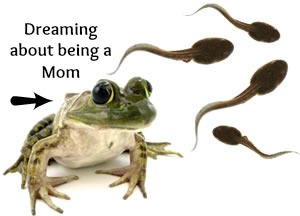 This article has been provided by whatdotadpoleseat.com.  This website has been made to help you understand how to look after tadpoles as pets.  Feel free to visit their site to learn more.

Thank you so much Laurence for this fantastic article!  I hope this inspires families out there to discover the magic of raising tadpoles.  I am going to start soon and will take photos and "action video" along the way.

The lettuce can just float around. They find it! Happy tadpole raising. I think I may do this again this year. So much fun.

Do we need to hold the plant near the tadpoles' mouth? Or we just need to put the lettuce on the surface of the water?

I have African dwarf frogs and they keep on laying eggs and tadpoles keep happening. It is really awesome however they are very very small and feeding them is a true challenge

We raise tadpoles in China. We have every known species living together. We overload the tank! We also put in dragonfly nymphs, snails, waterbeetles, the works. It's cool watching them interact with each other on natural level, and that means they eat each other too! The strong survive. We let them go into our garden and they do a great job keeping the mosquitos down. We feed them lettuce and fish food. They love it. We have about 100 or more at a time in a 55 cm long tank. Having so many doesn't seem to bother them. They are thriving. We don't even have rocks or a resting place for them. When they are ready, the will climb up into the filter system. Thats where my daughters usually find them in the moring, and they gleefully release them into the wild.

The plant is actually very good. Provides oxygen to the water