Castaways - A Touching Documentary on Second Chances in Life

I can't recall how I found out about this wonderful film project but I am so glad I did.  Often I'll get contacted through Twitter or just happen to stumble across an interesting site while on a cyber search. Andrew Wright of Wright Brothers Films sent me the following information on their documentary when I informed them I wanted to do a post about their work.  Such a meaningful and impactful project.  I am so looking forward to viewing future episodes.

A documentary series chronicling the successful rehabilitation program of inmates training unwanted dogs for re-introduction or adoption, while highlighting the plight that both offenders and dogs face and how an unlikely union brings out a change in character of both man and beast. The results are life changing for the offender, dog and recipient.

We are all looking for second chances in life...

Castaways is about the characters whose lives and stories are weaved together and bonded by the interaction of man and dog.  Each trying to save and serve one another. 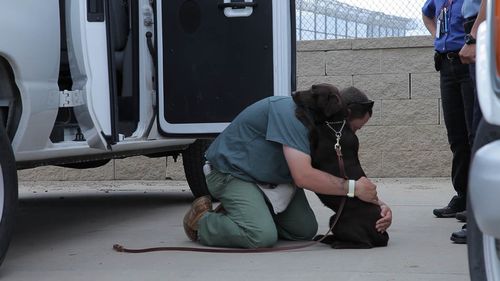 American prisons and jails house more than 2,297,400 inmates.  Approximately one in every 18 men in the US is behind bars or being monitored. Criminals, from white-collar to murders, have committed crimes which have striped them of their freedom and their existence only to be caged in jail to serve out the justice for their offenses.  Rejected by society, these individuals loose whatever remaining humanity and self-worth they possess and fall into the belief that they have no positive contribution to make to society. 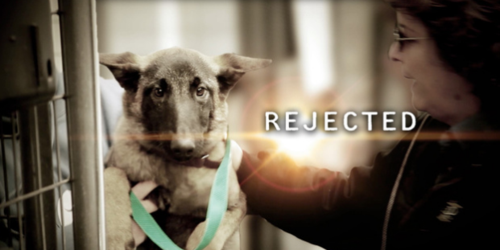 The Humane Society estimates that animal shelters care for 6 million dog every year in the US. Stray, abandoned and neglected pets are caged in shelters in hopes of adoption - to be a pet to a family or paired with an individual. Over half of these, or 3-4 million dogs, are euthanized.

Castaways documents the model for a prison partnership program of inmates training unwanted dogs for re-introduction for adoption, to assist veterans and those with disabilities and as worker dogs for law enforcement and government agencies. Castaways will reveal the most unlikely of relationships and the bonds and transformations that are made as a result of this program. Law enforcement with felon, criminal with disabled are each bridged by a relationship of respect and appreciation because of the care, need and training of these dogs.

Value and self-worth emerge and a sense of contribution and being. Castaways touch hearts and change lives and it is revealing who most benefits from the program.

Castaways offers a look at redemption and second chances while presenting hope and opportunity.

Their first episode is about Esther, saves from a puppy mill and an abused life.

You can follow Esther's progress on the Saving Castaways Blog. 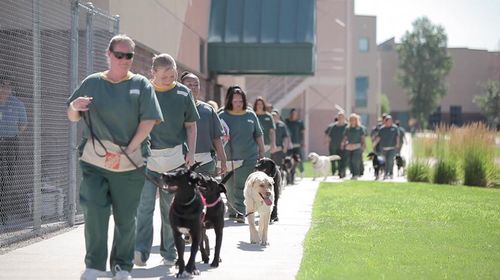 Thank you Andrew and to all the other people involved in this project.  It really gives a person a sense of hope. It certainly does for me.